My boyhood friend Fred Stone, with whom contact had been lost for decades but was re-connected a couple of years back when his niece, June, referred him to a post I had written about Mansfield, Texas (*waves furiously in the direction of Yorkshire Pudding of Sheffield, England) and whose three wives (two of them ex-) have all been named Judy, inspiring him to name his boat (he lives beside a rather large lake) Judy, Judy, Judy so that all who refer to it sound exactly like Cary Grant (my,what a long sentence this is becoming) , sent me an email stating that he was alarmed at the decline in the number of my postings for 2014. I shot back a reply admitting that the decline in posts per annum had taken me by surprise as well.

All of which I have told you (my high-school English teacher, Mr. D. P. Morris, despised sentence fragments, but it simply cannot be helped -- well, I suppose it could but I simply don’t have the time, energy, or inclination this morning -- and since (a) he has been dead for Lo! These Many Years and (b) fashions in language do change over time it also simply doesn’t matter (*waves again in the direction of Yorkshire Pudding of Sheffield, England, a former English teacher)) as a way of saying that since it is now December 27th and Mrs. RWP and I are leaving tomorrow to spend a few days with our daughter’s family in Alabamistan, there may not be time (or energy or inclination) to produce another post before the end of the year.

I also realize that this post doesn’t really say anything, but that simply cannot be helped either. Truly, considering the source.

I do wish all of you a healthy, happy, and prosperous New Year.

P.S. -- My first resolution for the New Year shall be to try to use fewer parentheses in 2015.

You know, for auld lang syne and all.

It’s only The Greatest Story Ever Told, the fourteenth verse of the first chapter of the Gospel according to Saint John.

Here it is in English:

And the Word was made flesh and dwelt among us (and we saw his glory, the glory as of the only begotten of the Father) , full of grace and truth.

A former associate pastor of mine, Wayne L., says there are two kinds of people in the world (okay, he said in the church, but stay with me, people. I’m improvising here to include everybody) , Grace people and Truth people.

According to my friend Wayne, both groups are wrong. He reminded us that John 1:14 tells us that Jesus Christ was full of grace and truth. The real problem in society today, therefore, is that Truth people need to exhibit more Grace along with the truth, and Grace people need to proclaim more Truth along with the grace. That’s the only way any of us have any hope of ever being like Jesus -- we must, like Him, have them both. We must be full of grace and truth.

We now return you to today’s programming, already in progress.

I know it’s nearly Christmas and all (and even Kwanzaa, and Chanukah is about over) , but today I want to tell you my very favorite word.

About a week ago, Yorkshire Pudding of Sheffield,England (that’s in the U.K., you know) had a post in which he allowed as how some of his favorite words were mellifluous and nincompoop and pamplemousse (French for grapefruit) and scythe, but his very favorite word (he spelled it “favourite”) is Yorkshire, which he called “a beautiful proper noun that cascades from the mouth like the heavenly sound of angels singing in paradise.” It is difficult to compete with a retired teacher of English.

Adrian in Scotland commented that marmalade is best but he also likes discombobulate and chauvinistic, Peace Thyme Garden and Weather Station confessed that she has always loved the sound of the word cacophany, Jan Blawat likes scrumptious and Lee likes phenomenon.

Things grew more interesting when Hilltophomesteader who homesteads on a hilltop in southwestern Washington state said she likes eclectic, eccentric, frazzle, soliloquy and lots of others but she doesn’t care for words like larvae, pupil and staid. She also said that for a whole week her favorite words were lugubrious and gormless.

Librarian chimed in with persnickety. Figures.

Brian the ex-pat in Catalan mentioned whistle and whisper.

Helsie down in Brisbane likes mateship.

Hilltop said if foreign words were allowed, she has always loved to mutter dummkopf under her breath. I then revealed that dummkopf was one of my father’s pet names for me. At least I think it was one of his pet names. I'm going to continue telling myself that.

My favorite word? That’s difficult. I like so many. Boondoggle. Onomatopoeia. Indispensable. Caterwauling. Gargantuan. Indecipherable. Pusillanimous. Indefatigable. Perfunctory. Insurmountable. Yorkshire Pudding reminded me that swallowing dictionaries can cause indigestion.

But I have finally reached a decision. My very favorite word in all of English is (drum roll, please) : gazinta.

Yes, you are familiar with it. You’ve probably said it yourself many times.

Maybe my father was right.

Your assignment for 2015 is to become familiar with the phrase “elegant variation.”

And a very merry Christmas/Kwanzaa/Chanukah to you too.

Sometimes it’s okay, even advisable, to change horses in midstream 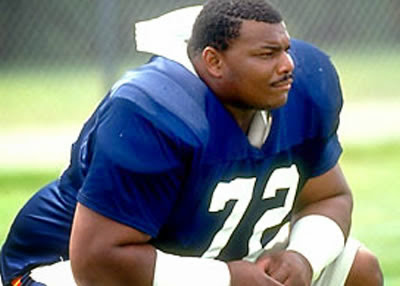 but I have decided to ignore the many blogging possibilities calling to me from that list and take today’s post in a deliberately different, more seasonal direction: 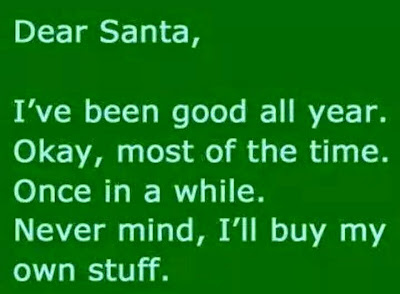 Here are 23 maps with accompanying text that will help explain to Americans and non-Americans alike what the heck has gone on politically in the U.S. for the past two hundred years:

23 maps with accompanying text that will help explain to Americans and non-Americans alike what the heck has gone on politically in the U.S. for the past two hundred years

Take a few minutes and learn something. Click on the link.

I found the information fascinating (and something even rarer nowadays, accurate) , but then I am weird.

The road to hell, they say, is paved with good intentions

Somewhere in this house, in some box, some closet, some room, some cabinet, possibly even some garage, is something I needed to make my next post. That something is a folder containing Songs of the South, a collection of all the song parodies my friend Tom and I wrote over the years for our annual AT&T office Christmas parties. The post I envisioned would have followed my last post so nicely, too, especially since I mentioned in a comment that for one of our AT&T office Christmas parties I had composed a song called “Up To The Fourth Floor NYNEX Went, Lots Of Money For Training Spent” which we, the assembled AT&T gang, sang to the tune of “Up On The Housetop Reindeer Pause, Out Jumps Good Old Santa Claus.”

Alas, it apparently is not to be.

I can’t find the dadblamed folder.

I just know you would have been rolling in the aisles. You would have loved, I’m sure, a song from the year Robert Allen, AT&T’s Chief Executive Officer, decided to acquire the National Cash Register Corporation to bolster our stock. It was called “Bob Wants To Buy A Company So We Can All Get Rich, (Just Last Week He Purchased NCR, But They’d Rather Fight Than Switch)” which we sang to the tune of “The Holly and The Ivy.”

Or not. I suppose one had to have been there.

If I find the folder, I’ll certainly let you know. Until then, you’ll just have to use your imagination.

In which I am inspired by my previous post to write an entire nautical parody of “That’s Amore” (a song made famous by Dean Martin), to wit:

When the man-o’-war drool
And you feel like a fool, that’s a moray
When in pain in the surf
In some sea creature’s turf, that’s not love

When you know you can’t swim
Yet you find you are swimming signore
Scusa me, but you see
Back in old Napoli, that’s a moray 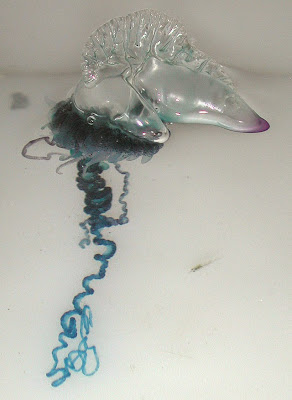 (Note. That is not a moray, that is a Portuguese man-o’-war.)