I could while away the hours conferrin’ with the flowers, consultin’ with the rain, to quote Harold Arlen, but instead I’m sittin’, er, sitting in my daughter’s living room in north central Alabama. Mrs. RWP and I are house sitting while our daughter and her husband of nearly 25 years are away for a few days in Orange Beach, which is down on the Gulf Of Mexico between Pensacola, Florida, on the east and Mobile Bay on the west, on the other side of which lies (surprise, surprise!) Mobile, Alabama.

Some people have all the luck.

Speaking of January, today is the birthday of my Aunt Marion, who was born in 1899. If she were still with us she would be turning 119 today. Unfortunately, she isn’t. Her son, my cousin Philip, isn’t either. He died a couple of years ago at the age of 81. Time marches on.

I’m no longer young. I am at the stage in life when everyone else seems young. For example, Donny Osmond seems young. Ellen Degeneres seems young. Actually, young Mr. Osmond and young Ms. Degeneres are both 60 years old. Time, as I might have mentioned before, marches on.

Are you feeling old yet?

I have some young friends (sorry), Tim and Jennifer, who are around 50. They have three sons. Grayson is in his second year at university. The twins, Hamilton and Bryce, are still in high school. Hamilton’s nickname within the family is Hammy, and Bryce’s nickname is Brycey. Not only is this odd, it is also patently unfair. Both boys deserve colorful nicknames. For equity’s sake I considered calling Bryce “Cheesy” but that seemed rather, well, cheesy. Fortunately, however, I found the perfect solution to the dilemma. It is easy to remember and gives Bryce parity with Hamilton,

Henceforth, I shall call the twins Hammy and Eggy.

What could possibly go wrong?

Whiling away the hours is such a pleasant pastime.

Simon Shelton Barnes, the British actor who played Tinky Winky, the purple Teletubby in the children's television series "Teletubbies," has died, apparently of hypothermia. His body was found on a Liverpool street on January 17th. He was 52.

He is survived by Dipsy, Laa-Laa, and Po. 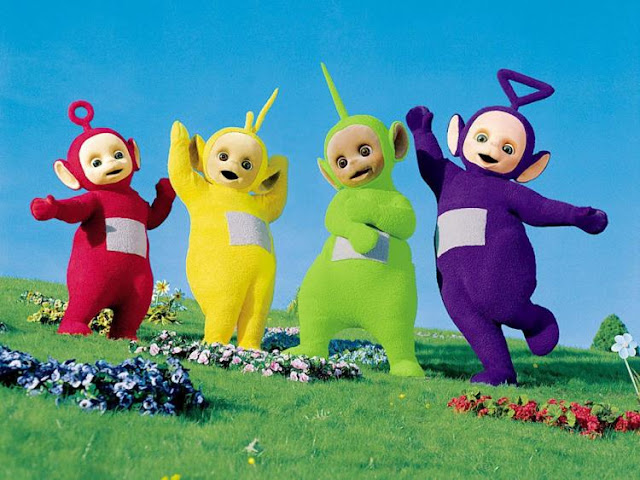 ...and as the days go by, people mark them in various ways.

Day before yesterday (January 18th) was Orthodox Epiphany, and Vladimir Putin and lots of other people plunged themselves into icy waters to observe it.

Yesterday (January 19th) was the birthday of General Robert E. Lee (the person, not the car on The Dukes of Hazzard). He would have been 201 years old. He has become persona non grata in the politically correct circles, but I still remember him.

Today (January 20th) is the birthday of Lynne, our oldest son's wife.

I'm sure tomorrow is something. Pat, an Arkansas stamper, would say it is another day. On January 21st in 1793, Louis XVI of France was executed by guillotine.

The day after tomorrow (January 22nd) is our daughter's birthday.

On and on it goes, day after day, the world spinning on its axis, moving through space in its orbit around our sun, the whole galaxy spiraling its way through the vast universe.

Can't we all just get along?

War is peace. Freedom is slavery. Ignorance is strength.

So wrote George Orwell in 1948 in his dystopian novel of the future, Nineteen Eighty-Four (which you may have thought was 1984, but it isn't).

Last week I heard another statement of the same sort. This time it spilled from the lips of none other than former U.S. Vice-President Al Gore:

"The freezing is part of the warming."

It's my new favorite saying. From mid-December until now, the water in our patio birdbath has been frozen solid most of the time. This may be normal in Kennebunkport, Maine, or in Stornoway on the Isle of Lewis in the Outer Hebrides of Scotland, but it is not at all normal in Canton, Georgia.

The freezing is part of the warming.

“The best books... are those that tell you what you know already.”

“If you want to keep a secret, you must also hide it from yourself.”

Did you know that George Orwell wasn't his real name? (I'm speaking of George Orwell now, not Al Gore. Al Gore's name, as far as I know, has never been George Orwell.) Well, it wasn't. That is a nom de plume (a pen name, for those of you in the Central Time Zone).

This has been another rambling, meaningless post from your friend freezing friend in Canton, Georgia, Rhymeswithplague (nom de plume of Robert Henry Brague, Esq.)

And that is a good thing.

Or Double Plus Ungood, as the case may be.

Enter and sign in, please, and welcome to "What's My Line?"

The year 2018 is tootling along unimpeded and nothing of cataclysmic import has happened so far.

That is probably untrue, as lots of things of personally cataclysmic import may have happened to individuals, some of them even to you.

I was speaking on a more general, higher level.

Here's something. Leaker extraordinaire Julian Assange may soon be leaving the Ecuadorian embassy in London for Switzerland if certain news articles are to be believed.

In looking up the proper adjective (Ecuadoran, Ecuadorian, and Ecuadorean are all acceptable), I learned something about Ecuador that I did not know before. The currency of Ecuador is the U.S. dollar. Imagine that. It happened several years ago, but I obviously was not paying attention. The sucre is out; the U.S. dollar is in.

In Spanish, Ecuador means equator. The country is certainly equatorial as said equator passes through it from west to east. Quito, Ecuador’s capital, is situated at latitude 0º14' South / longitude 78º30' West. It would be big news today if the equator suddenly decided to pass through Ecuador from north to south, but I digress.

Look at the map below and tell me if you find something else very interesting that you may not have realized before. 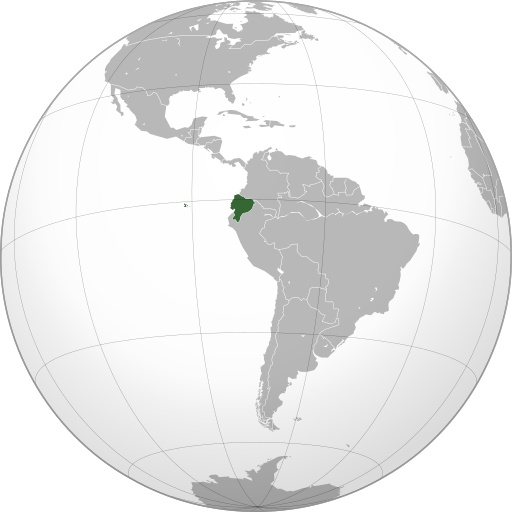 Did you see it? Nearly all of South America lies completely east of nearly all of North America. This, friends, is the reason Brazilians speak Portuguese rather than Spanish. Let me explain.

In 1493, after Cristoforo Colombo had returned to Spain from his first voyage to the New World, Pope Alexander VI, apparently his century’s equivalent of the Secretary-General of the United Nations, settled a dispute between Spain and Portugal by drawing an imaginary “Line of Demarcation” 100 leagues west of the Azores and Cape Verde Islands to separate future exploration and colonization. Spain would control lands discovered west of the line, and Portugal would control lands discovered east of the line. In 1494 the Treaty of Tordesillas moved the line 270 leagues further westward, or 370 leagues from the Cape Verde Islands. (Nobody bothered to check with England, France, Sweden, or the Netherlands, all of which proceeded to explore and colonize parts of North America without so much as a “by your leave” from Pope anybody.) The 1494 treaty gave Portugal a foothold in the eastern part of South America that later would become Brazil. Here's proof: 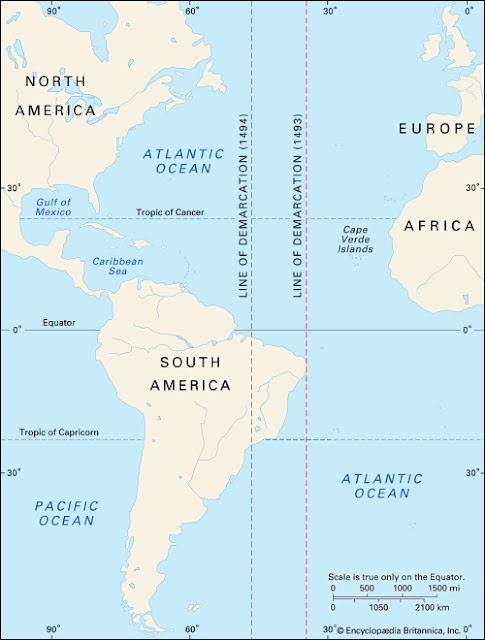 ...and this is the reason Brazilians speak Portuguese today and everybody else in North and South America (except the U.S. and Canada) speak Spanish.

President Barack Obama once drew a red line in Syria. It meant absolutely nothing.

The moral of today's post is simply this: Whether you are Pope Alexander VI in the fifteenth century or Julian Assange in the twenty-first century, or even President Barack Obama, things can often turn out in a very different way from what you may have expected.

“The Moving Finger writes; and, having writ,
Moves on: nor all thy Piety nor Wit
Shall lure it back to cancel half a Line,
Nor all thy Tears wash out a Word of it.”
at January 01, 2018 13 comments: