I am not homosexual but I know someone in blogland who is. John Gray, who is a nurse by profession and an animal lover by virtue of just breathing, lives in Trelawnyd, Wales. His home includes Chris, to whom he has been married since March; four dogs (Meg, George, William, and Winifred) ; and a cat (Albert) . His yard contains chickens, ducks, and geese (and quite possibly a surrey with a fringe on top) . Sometimes John’s language gets a bit salty (by which I mean sprinkled with Anglo-Saxonisms that would make a vicar blush) but I continue to read his blog because he is so fascinatingly human.

Meg, one of his older dogs, has been ill for some time and this week John had to make the difficult decision to have her euthanized. He has written a beautiful post -- no salty language -- about his last day with Meg here and my good deed for today is providing you with a link to it.

If you’re not ready for the brave new world of same-sex marriage and salty-language blogs, watch this (6:03) instead.

Email ThisBlogThis!Share to TwitterShare to FacebookShare to Pinterest
Labels: John Gray, Meg (a dog), Surrey With A Fringe On Top

Since June is the month for weddings, here are some helpful hints from Billy Ray Barnwell

Mona Lisa, Mona Lisa, men have named you; you’re so like the lady with the mystic smile 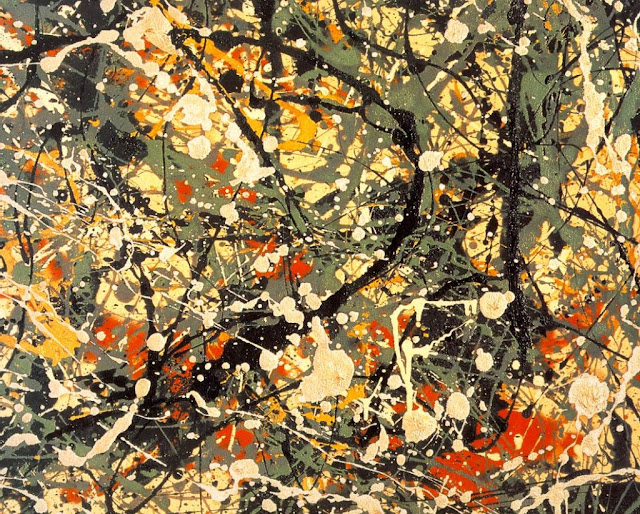 I’m kidding. This is obviously not the Mona Lisa.

It’s Madonna and Child by Renoir.

Woman With a Parasol?

Something from Picasso’s blue period?

The really nice thing about abstract art (this is Number 8 by Jackson Pollock) is that it can be anything you want it to be.

Me? I see Atlanta at rush hour.

’S wonderful, ’s marvelous, you should share with me (with apologies to Ira Gershwin)

As the summer solstice nears and temperatures soar, it is a time to marvel.

Some people will go to Crete, acquire a tan, and marvel at the beauty of the Mediterranean.

Some people will go to Stonehenge, watch the sun rise, and marvel at the accuracy of the astronomy of the ancient Druids.

And some people will go to their computers, open an email from their sister-in-law in Texas, and marvel at her new recipe for fast, easy cornbread: 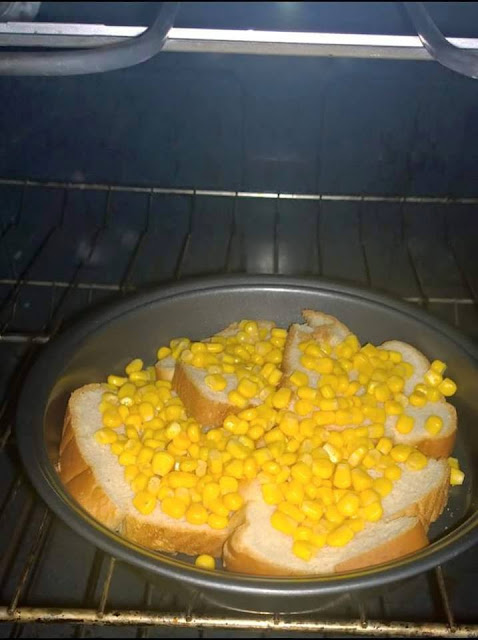 In summary, mad dogs and Englishmen go out in the noonday sun.

Apparently so do sisters-in-law in Texas.

Speaking of the weather, I can’t decide whether this is very hot or very cool (5:48).

Florida was great! (except for one little thing)

Our hopes were met and our fears were allayed. The beach was not crowded at all. One thing did mar the week, though. Keep reading and I’ll tell you about it.

Here’s where we stayed, viewed from the water’s edge. 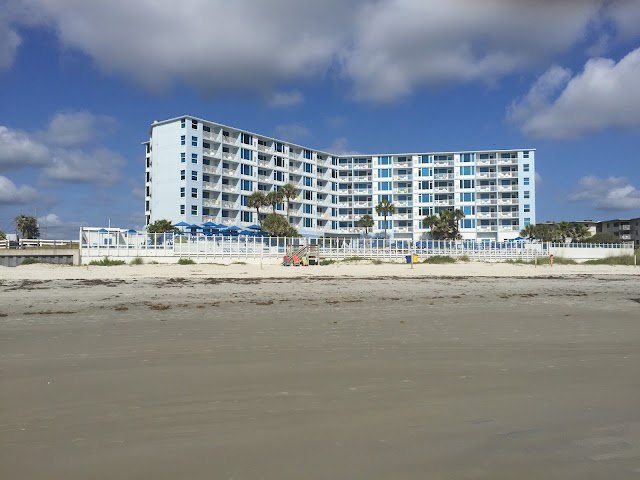 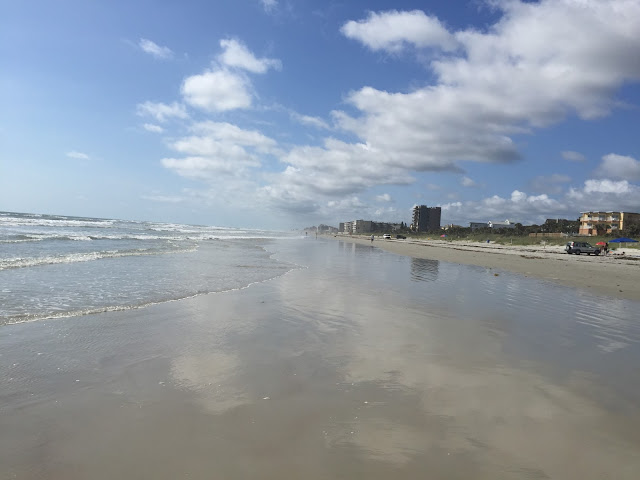 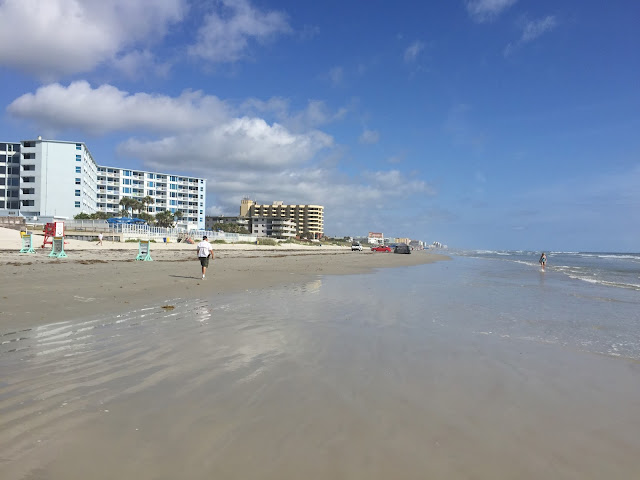 Here’s the view of the pool deck from the gate to the beach: 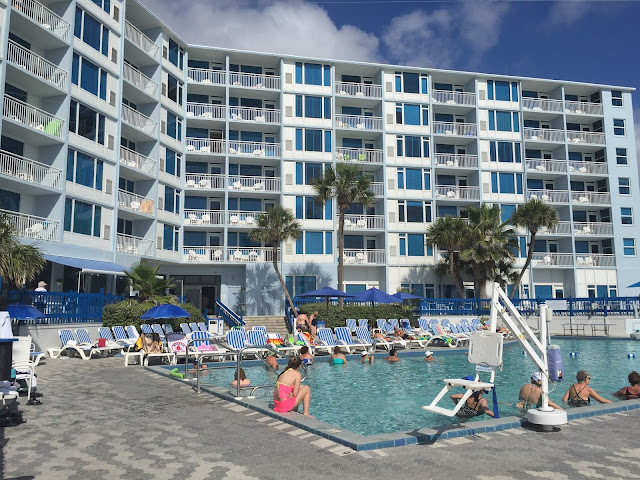 Here’s the view of the pool deck from the building: 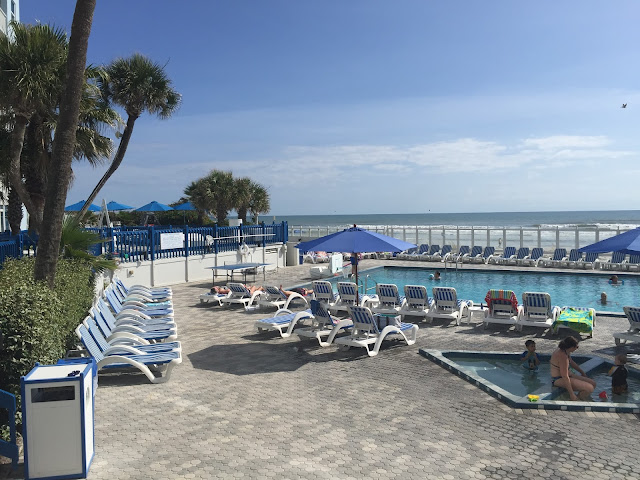 Our time in Florida included several very pleasant events, such as watching our son-in-law and grandsons play golf: 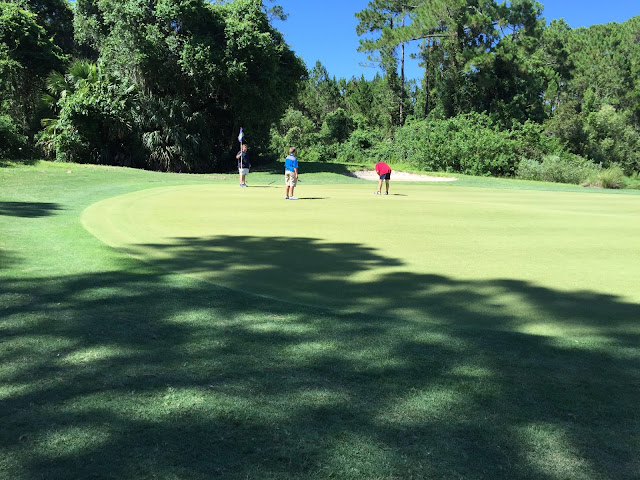 ...and one decidedly unpleasant event: 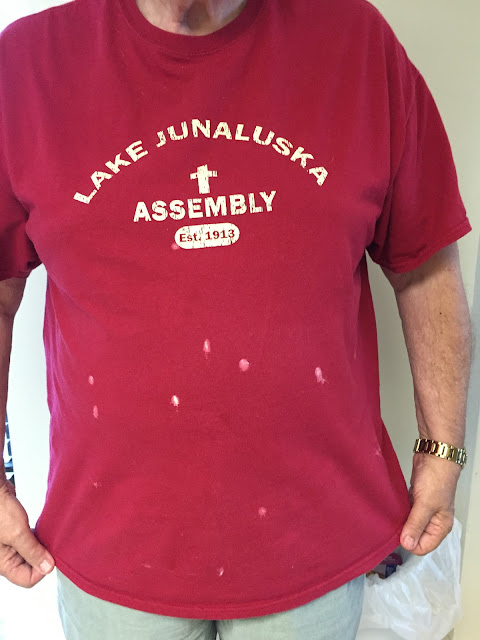 After all these years, it finally happened. A pelican flying high overhead (at least seven stories up) pooped on my shirt.

But I can now share with you, from excruciatingly personal experience, two facts about pelican poop:

1. It definitely smells like fish.
2. It takes red dye right out of a shirt.

Soap and water does not help.