I ran across some fascinating information this week. I have no idea whether any of it is true.

A woman named Kate Peregrina has written articles for a website called Thrillist that purport to identify the things various European countries are best at and the things various European countries are worst at. The context is not within the whole world, but within the European Union. I am including the links in my post today so that you can look, read, and learn. Afterward, as Linda Richman (hostess of the Coffee Talk skits on Saturday Night Live) used to say, you can use the comments section of this post to talk amongst yourselves.

Here are some of the “best” categories:

...and here are some of the “worst” categories:

As I said, fascinating.

Here are the links:

1. What Every Country In The European Union Does Best

2. What Every European Union Country Is The Worst At

Finally, just so you know that I am an equal-opportunity aspersion caster, I am including a third link that will clue you in on what Ms. Peregrina says every U.S. state is the worst at. The categories include most tornadoes, fewest inland waterways, worst at incarcerating the elderly, fewest heliports....

3. What Every U.S. State Is The Worst At

You make me feel so young

I’m glad you asked. Computer people, that’s who. Don’t ask why; just take my word for it.

Hexadecimal has its advantages. For instance, in hexadecimal, I am currently 49, not 73. And when my birthday rolls around in March, I will be able to say I am “49 and counting” for the next six years because in hexadecimal I won't turn 50 until I am 80 in decimal. In those intervening years I will actually be 4A, 4B, 4C, 4D, 4E, and 4F, but it is easier to just say “49 and counting” than to try to explain it to you decimal system people.

When I turned 50, I told all my colleagues that I was only 32 in hexadecimal, so they presented me with a cake with X‘32’ written in the frosting on top. The fact that it was part of an epitaph on a tombstone, indicating that I might be over the hill, is beside the point.

Here is an equivalence chart so that you may henceforth identify your age in hexadecimal:

I repeat, I love hexadecimal.

Today’s bit of trivia: In the movie Avatar, the Na'vis on Pandora used the octal system (base 8) because they had only four fingers on each hand.

Email ThisBlogThis!Share to TwitterShare to FacebookShare to Pinterest
Labels: hexadecimal explained, how old are you in hexadecimal?, Michael Bublé, You Make Me Feel So Young

It is important to spell correctly because... 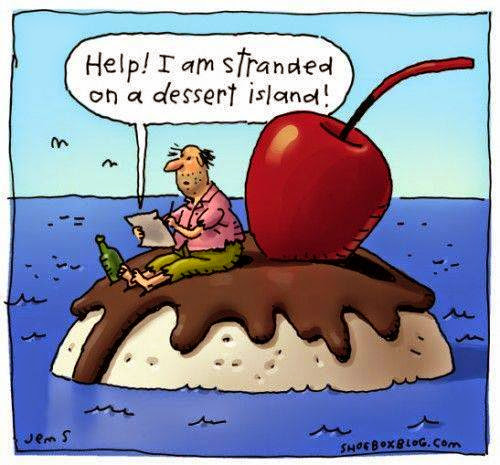 What they don't tell you in the commercials, or Ya Gotta Read The Fine Print

Be that as it may, the reason I took pen in hand put fingers to the keyboard once again is to bring to your attention, if you haven’t already noticed, the devious ways in which advertisers in television commercials draw you in. While what they tell you may be true, they don’t necessarily tell you the whole truth. Ya gotta read the fine print.

For example, I heard a woman in a commercial this week say that she has received $900 (UK, £594) in rebates by making her purchases on a certain website. My first reaction was "Wow! Maybe that’s where I should be buying things too!" (which is, I’m sure, exactly what the advertiser intended) . My second reaction, however, was to wonder how much I would have to spend to get that kind of rebate. The commercial very conveniently did not mention what percentage of one’s purchases are refunded, but I very quickly calculated that if it were, say, a very generous 5% (which no one would ever do) , I would have to have plunked down $18,000 (UK, £11,883) to receive that particular rebate. Not very likely, at least in this household.

Here’s another example: A commercial for Premier Walk-in Bath (something an old person like moi might covet) stated it could be obtained for $150 per month. Period. Didn't mention either the purchase price or for how many months, so being ever-vigilant I checked their website. Turns out that the fine print still doesn’t mention the purchase price but does say that a down payment of 1/3 of the price, whatever it is, is required, and that at an example interest rate of 9.9% the cost would be only $150 a month for (take a deep breath) 120 MONTHS [emphasis mine] . Another quick calculation on my part determined that not including the 1/3 down payment the monthly payments come to $18,000 (UK, £11,883) FOR A BATHTUB.

I may be stupid, but I am not crazy.

The sound of one hand clapping

Having suddenly realized (British: realised) that not only am I becoming increasingly irrelevant in today’s world but also that we are now more than three months into what should have been my blog’s sabbatical year*, I have decided to take a break from blogging.

I probably will be back, but who knows?

Also, being of the mercurial sort (look it up) , the break may last three days or three months or three years. Again, who knows?

Until then, whenever “then” turns out to be, toodles. It’s been real**.

One thing I do know for sure. I will miss you more than you will miss me.