The choice is up to you

In the next few minutes would you rather explore such interesting topics as:

Look at my beautiful granddaughter during her school's homecoming activities: 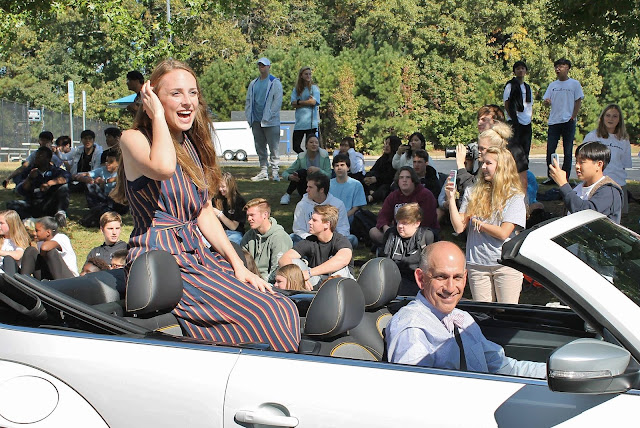 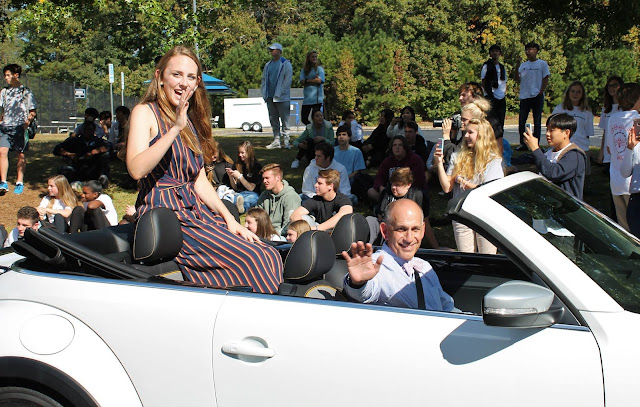 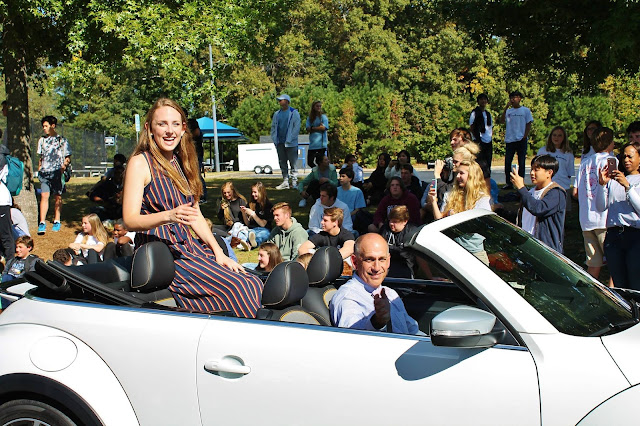 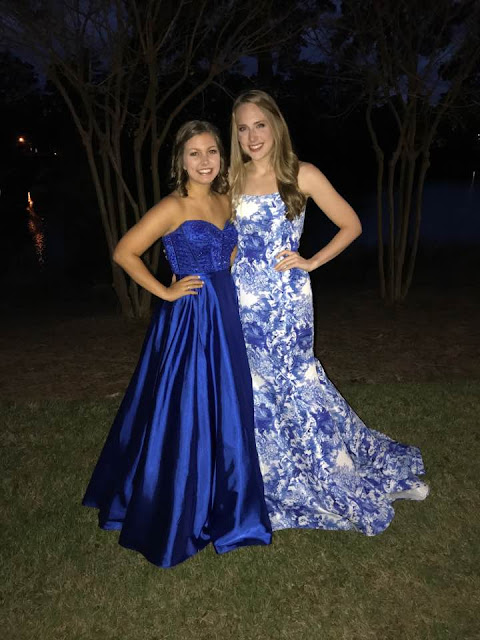 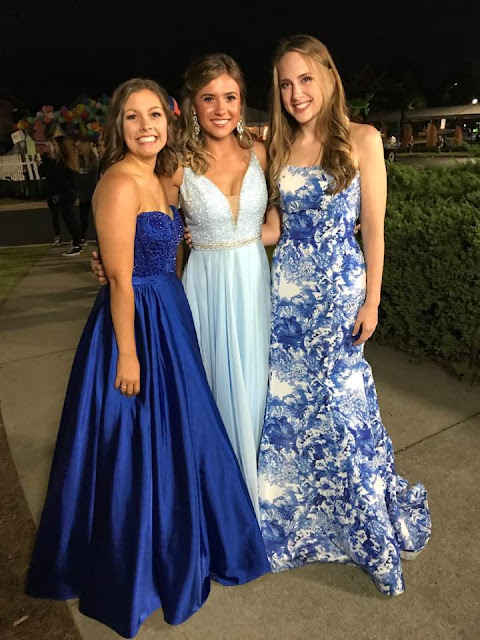 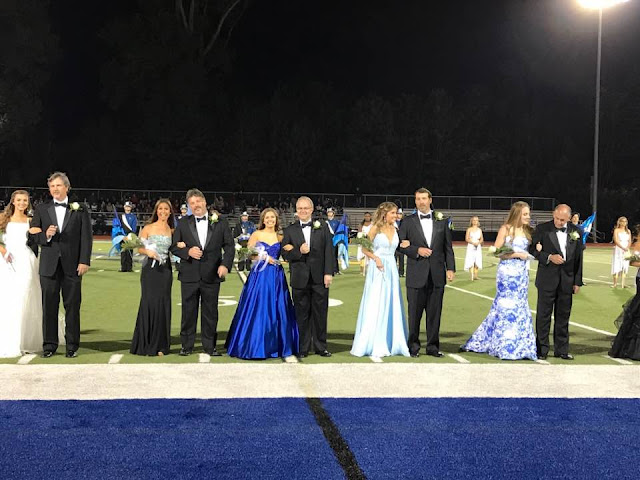 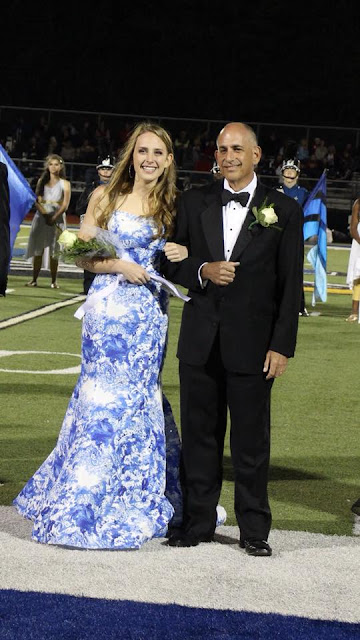 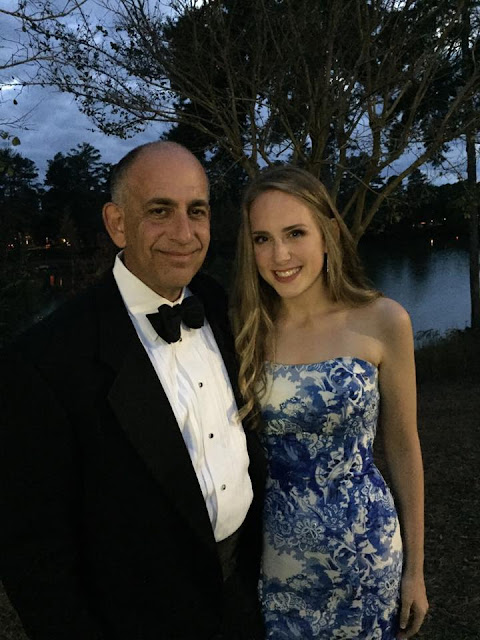 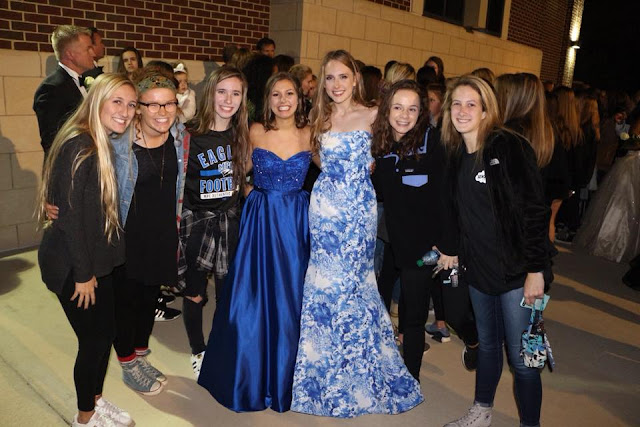 Here's one last photo that shows her with her dad (our oldest son), her mom (a beauty in her own right), and her big brother (who came home all the way from his university in North Carolina just to surprise her). 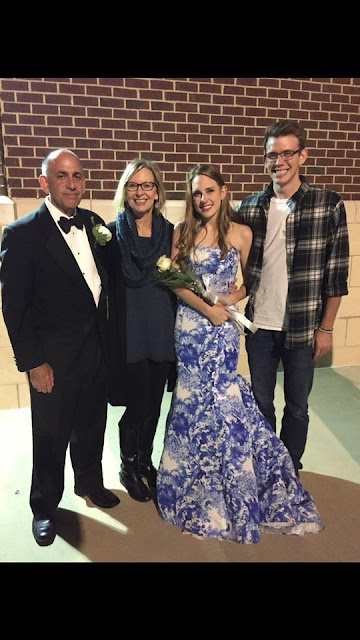 "...the brilliant reds, the dazzling yellows,
The shocking oranges of autumn, the mountains ablaze
Against a clear blue sky."

Have a peek at autumn in north Georgia!

Email ThisBlogThis!Share to TwitterShare to FacebookShare to Pinterest
Labels: autumn in north Georgia

'Round and 'round she goes, and where she stops nobody knows

[Editor's note. Being as how (I know, Americans talk funny, or perhaps that should be funnily) it's October once again -- in many ways one of my two favorite months of the year, the other being April -- I decided to reach back in the old grab-bag and pull out a post I have put up twice before, first in 2010 and again in 2013. --RWP]


Barry Manilow has never been my favorite singer, but there’s something about this particular clip that reaches way down inside me and turns me inside out.

I get the almost-a-cliché metaphor about a person’s lifespan (“Oh, it’s a long, long time from May to December, and the days grow short when you reach September” and so forth), and the leaves have turned red and gold and many of them have already fallen, and flocks of geese are in the air making their way south, and my mother died in the month of October in 1957, so this time of year always makes me a bit melancholy, but still...Barry Manilow?

There’s a little quiver in his voice -- and, yes, it may even be fabricated for effect -- and he’s a little “pitchy” (translation: out of tune) in places, but when he sings this song he somehow seems on the verge of losing his composure altogether. Maybe that’s what I’m responding to viscerally, I don’t know, the fact that we’re all in this thing together and we’re all putting on some sort of act and we’re all always dangerously close to losing control and letting everybody see how we really feel, and we certainly wouldn’t want to let that happen. Would we?

This time, though, I thought I would do something different and end with an original poem of mine that first appeared in my Billy Ray Barnwell Here blog because, well, it is October.

Our friend Carolyn came over for lunch
And as we finished at the table
Someone said, “Let’s go for a ride!”
So into the car we piled,
Like children giddy with anticipation,
Not knowing where we were headed
But eager to be having an adventure;
And someone said, “Where shall we go?”
And we said, “We don’t know!”
And someone else said, “Name a direction!”
And because the fall thus far at home
Had been drab and disappointing,
We headed north toward the mountains, laughing.

Five hours later we returned,
Tired but invigorated,
Having been to Helen and Unicoi Gap
And Hiawassee and Lake Chatuge,
Making all of the hairpin turns
And ascending, always ascending, until
We crested and began to descend
Through another set of hairpin turns,
And all the while we oohed and ahhed
And said how glad we were that we had come,
Drinking in the brilliant reds, the dazzling yellows,
The shocking oranges of autumn, the mountains ablaze
Against a clear blue sky.

Here are some interesting figures that Ted Nugent, the musician who is a well-known advocate of gun ownership rights, posted on Facebook:

There are 30,000 gun-related deaths per year by firearms in the U.S., and this number is not disputed. The U.S. population was 324,059,091 as of Wednesday, June 22, 2016. Do the math: 0.000000925% of the population dies from gun-related actions each year. Statistically speaking, this is insignificant! What is never told, however, is a breakdown of those 30,000 deaths, to put them in perspective as compared to other causes of death:

• 65% of those deaths are by suicide, which would never be prevented by gun laws
• 15% are by law enforcement in the line of duty and justified
• 17% are through criminal activity, gang and drug-related, or mentally ill persons - gun violence
• 3% are accidental discharge deaths

So technically, "gun violence" is not 30,000 annually but drops to 5,100. Still too many? Well, first, how are those deaths spread across the nation?

So basically, 25% of all U.S. gun crime happens in just 4 cities. All 4 of those cities have strict gun laws, so it is not the lack of law that is the root cause.

This basically leaves 3,825 for the entire rest of the nation, or about 75 deaths per state. That is an average because some States have much higher rates than others. For example, California had 1,169 and Alabama had 1.

Now, who has the strictest gun laws by far? California, of course, but understand, it is not guns causing this. It is a crime rate spawned by the number of criminal persons residing in those cities and states. So if all cities and states are not created equally, then there must be something other than the tool causing the gun deaths.

Are 5,100 deaths per year horrific? How about in comparison to other deaths? All death is sad and especially so when it is in the commission of a crime but that is the nature of crime. Robbery, death, rape, assault are all done by criminals, and thinking that criminals will obey laws is ludicrous. That's why they are criminals.

But what about other deaths in the U.S. each year?

Now it gets good.

200,000+ people die each year (and growing) from preventable medical errors. You are safer in Chicago than when you are in a hospital.

710,000 people die per year from heart disease. It's time to stop the double cheeseburgers! What is the point? If the anti-gun movement focused their attention on heart disease, even a 10% decrease in cardiac deaths would save twice the number of lives annually of all gun-related deaths (including suicide, law enforcement, etc.). A 10% reduction in medical errors would be 66% of the total gun deaths or 4 times the number of criminal homicides.

So you have to ask yourself, in the grand scheme of things, why the focus on guns? It's pretty simple: Taking away guns gives control to governments.

The founders of this nation knew that regardless of the form of government, those in power may become corrupt and seek to rule as the British did by trying to disarm the populace of the colonies. It is not difficult to understand that a disarmed populace is a controlled populace.

Thus, the second amendment was proudly and boldly included in the U.S. Constitution. It must be preserved at all costs.

The next time someone tries to tell you that gun control is about saving lives, look at these facts and remember these words from Noah Webster: "Before a standing army can rule, the people must be disarmed, as they are in almost every kingdom in Europe. The supreme power in America cannot enforce unjust laws by the sword, because the whole body of the people are armed and constitute a force superior to any band of regular troops that can be, on any pretense, raised in the United States. A military force at the command of Congress can execute no laws, but such as the people perceive to be just and constitutional, for they will possess the power."

Remember, when it comes to "gun control," the important word is "control," not "gun."

[Here endeth the reading of the Facebook post. Yup, you weren't reading me, you were reading Ted Nugent.]

The most unbelievable figure in that piece -- my jaw almost hit the floor -- is "Alabama had 1." If that is not a downright lie, it is a whopper of a typographical error.

I did a little digging on my own. You might be interested in seeing what another group says about gun deaths in Alabama.

Perhaps we are comparing apples and oranges. Then again, perhaps not. 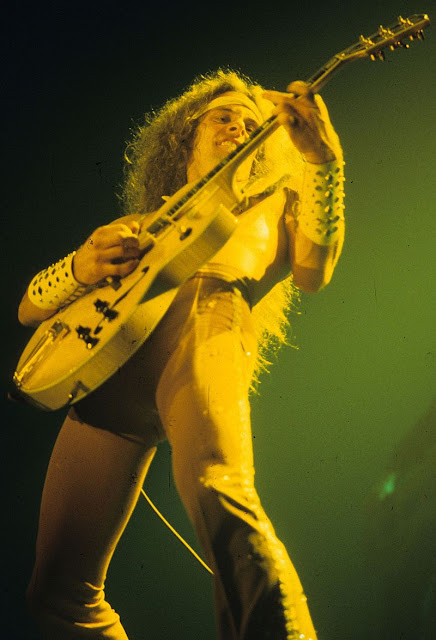 Dream a little dream with me

Your ship finally came in and there was not a dock strike, so there are no impediments to your receiving the huge fortune bequeathed to you by your Great-uncle Alphonse. You didn’t even know that you had a Great-uncle Alphonse, but no matter. The money is indeed yours. You squeal with delight when you learn that you will be receiving one trillion dollars, but there are two catches. The terms of Uncle Alphonse’s will stipulate that at midnight tonight you will begin receiving one dollar per second, but you will not have access to any of the money until the entire trillion dollars has been transferred to you.

Care to guess when that will be? Well, you don’t have to guess because I have done the heavy lifting and figured it out for you. You may be surprised.

First, though, a word of explanation for friends in other countries: In the calculations below, I will be using American understanding of the values billion and trillion, that is, 1,000,000,000 (1e9) and 1,000,000,000,000 (1e12), respectively, and not some other definition of what those terms may mean in other parts of the world. I know. I am an ugly American.

Let's see how long it will take for you to become a trillionaire. Bear with me while I calculate.

So far, so good. The entire inheritance should be yours in practically no time and you can begin spending it, right?

At the rate of $86,400 per day (there are that many seconds in a day) and a million dollars every eleven and a half days, you will become a billionaire in -- wait for it -- 31 years, 8 months. I am not even kidding. But the end is not yet. To gain access, finally, to the entire trillion dollars your Great-uncle Alphonse so generously left to you, you will have to wait a mere 31,710 years.

The moral of this post is simply this: Don't count your chickens before they're hatched, because it is a long way to Tipperary.