May is nearly history

I'm not referring to the soon-to-be former Prime Minister of the United Kingdom but to the month itself.

It is never merely May, though, It is invariably called, by the trite and unimaginative, "the merry month of May" and I cannot help noticing the alliteration. Carrying it a bit further, May's full MOON was extraordinarily stunning in a cloudless sky, and the MAGNOLIA trees hereabouts have burst into MAGNIFICENT bloom a couple of weeks earlier than their usual June explosion, accompanied by the pink cloud-puff extravaganza of MIMOSAS.

Yes, May is many things -- merriment, moonlight, magnolias, mimosas -- even at times mushrooms -- but this year for the rhymeswithplague family it has also been something else.

Even if you think every May is momentous, this one was more momentous than usual for the rhymeswithplague clan.

This year, however, May was bursting at the seams with several more family events that made this May more momentous than most.

(Note to self: Stop with the alliteration already.)

First, our grandson Matthew graduated from Duke University in Durham, North Carolina. Here he is standing in front of Duke Chapel. 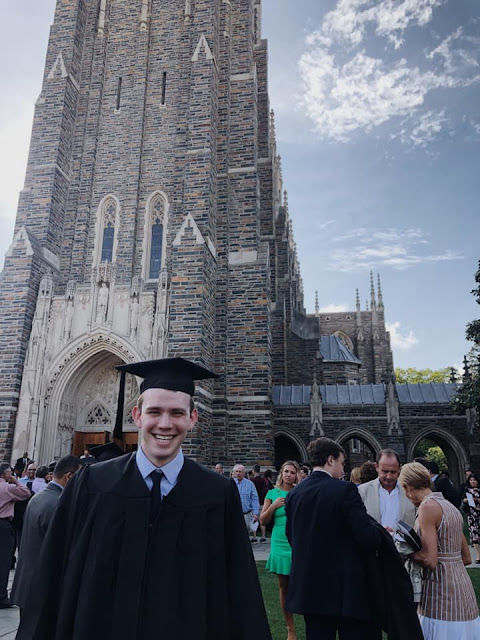 Here he is with his parents and his sister, the 19-year-old whose smile includes the fact that she just completed her first year at the University of Georgia. 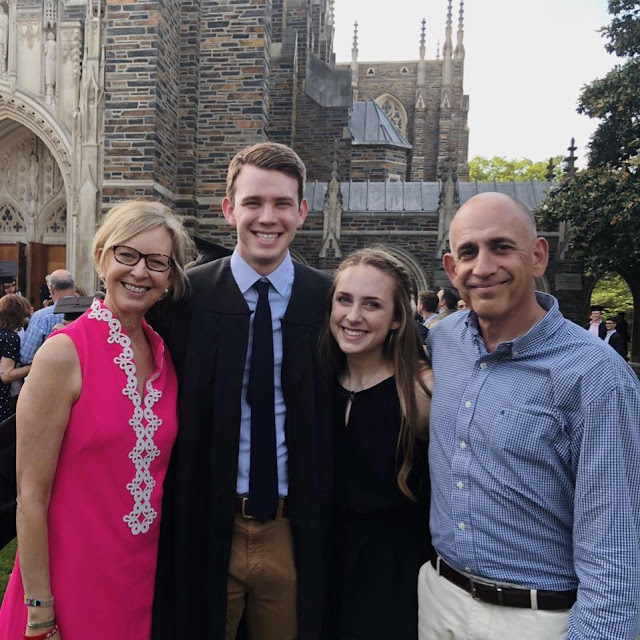 There were a few others at the ceremony also (click to enlarge):

Then our grandson Elijah graduated from LaGrange College in LaGrange, Georgia.

Here he is with his mother (our daughter-in-law), who looks young enough to be his girlfriend. His dad was unable to attend as he had the responsibility of leading a weekend retreat in the mountains..

Finally, our youngest grandson, Sam, graduated from high school over in Alabama. 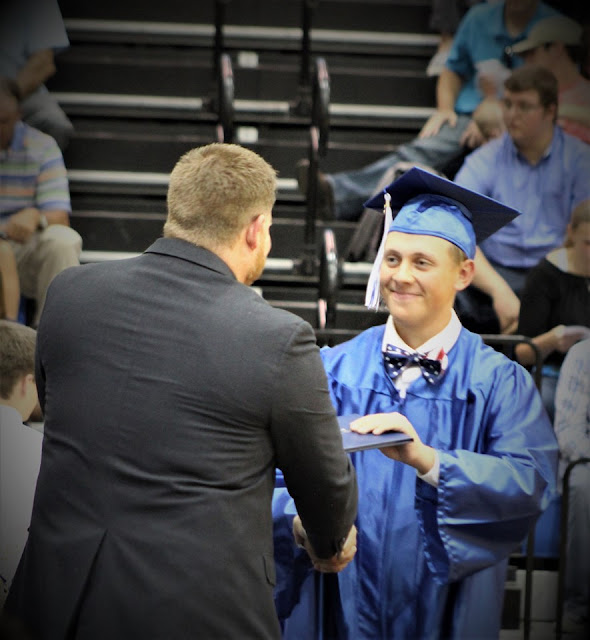 Here he is with his parents, his older brother Sawyer, and Sawyer's girlfriend, Camryn, who was also in the graduating class.

To top off the month with one last momentous occasion, our daughter, who has been an assistant principal at a middle school for the last four years, was offered, and has accepted, a position as a full-fledged principal at a primary school in another part of the state, effective July 1st.

May has been exhausting, but I am smiling.

Email ThisBlogThis!Share to TwitterShare to FacebookShare to Pinterest
Labels: graduates galore, the merry month of May

The annual May mushroom invasion hereabouts, as we learned last year from our blogger friend Adrian Ward in Auchtermuchy, Scotland, consists of Psilocybe semilanceata in what can only be called profusion. I cannot tell if the invasion is dwindling, levelling off, or only beginning. Here are the statistics for the current follies:

All of them, thanks be to God, have been plucked up and tossed into the garbage.

If only it were that easy with wasps and Carpenter bees.

Only your intrepid, slightly demented reporter would think to make such comparisons.

On interacting with the animal kingdom rhymeswithplague-style

Kylie in Australia recently acquired a second dog and has blogged about it in a post entitled "Am I Mad?". The jury is still out but I left the following comment:

In addition to our Abby, our nearly three-year-old rescue chihuahua-terrier mix, we have now also been unofficially adopted by one of the neighborhood cats, not feral exactly but not tame either. He/She is a grey tabby who sleeps on our patio doormat for hours on end, drinks water I have begun setting out, and enjoys stretching out in the shade of our patio table's umbrella. He/She also seems to want to get to know Abby better and the feeling is mutual. I haven't fed him/her yet even though either God or Satan (possibly both) continues to work on me by recalling to my mind scripture verses such as if you give a cup of cold water in His name you will not lose your reward and the one I'm resisting to date about not being forgetful to entertain strangers, for thereby some have entertained angels unaware.

To recap, I say probably for you, definitely for me.

So while I do not have 2.3 children living at my house, I do seem to have 1.5 pets at the moment. Mrs. RWP is not a cat person basically. I grew up with three male dogs (Tippy, Sandy, Frisky) and a male orange tabby that outlived them all.

Abby has proven expensive of late with vet bills since the first of the month of $59.35, $76.64, and $96.63 (all USD). I don't begrudge the money as she is a member of the household, but I am not, how you say, eager to add feline expenses to the mix as we are definitely on a fixed income.

Your comments and advice are always welcome.

Not the poltergeists. The mushrooms.

If it's Tuesday May, this must be Belgium Mushroom Land. There are mushrooms in my back yard (British, garden).

I plucked them up and threw them in the garbage.

I forgot to take their photograph, but below are some of the same type from last year:

The experts (Adrian in Scotland and Michelle in England) said they were the magic kind. I have no reason to doubt them.

Last year I feared I was being invaded by alien creatures. This year I almost look on them as friends, but I still pluck them up. I do not need my dog or my neighbor’s cat to be high. 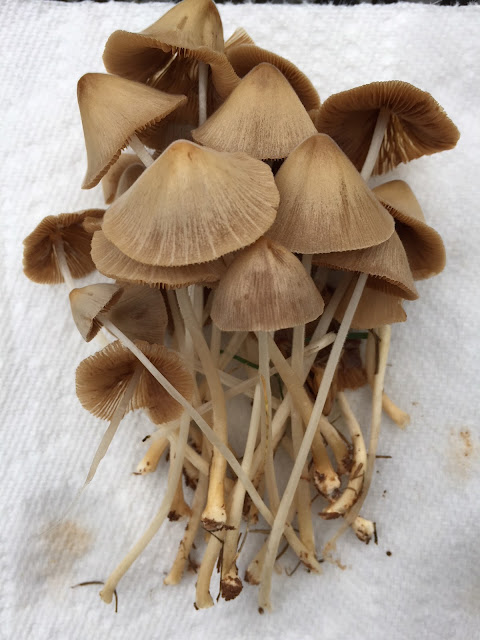 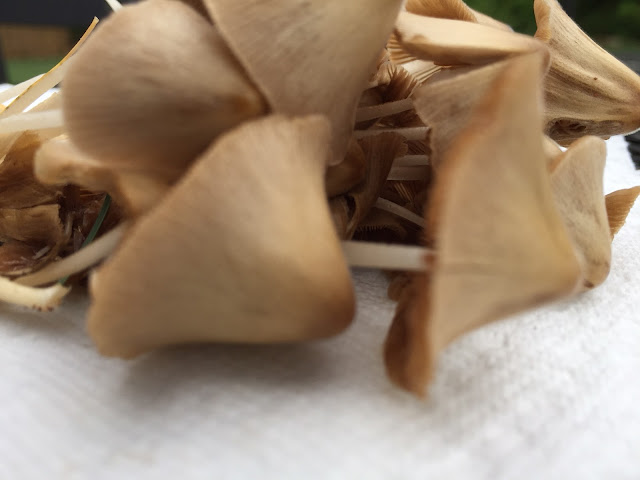 In summary, I live such a mundane, humdrum, boring life that I now post about mushrooms.