I heard it through the grapevine

At the little Methodist Church we attend, the last Sunday of every month (except December) is Fellowship Lunch Sunday when everyone is invited to stay after the service and eat a meal together in the Fellowship Hall, a meal consisting of whatever edible goodies the congregation have brought with them. In your part of the world such an event might be called a Pot Luck or a Covered-Dish Dinner, but we call it a Fellowship Lunch.

You're invited even if you haven't brought anything. There's always plenty to go around. Methodists are funny that way. Some people bring the same thing every month, especially if their contribution has received compliments in the past, and some people bring something different each time. Patsy always brings a casserole, Nina can be counted on for meat loaf, Randy always brings his strawberry shortcake, and so forth. In recent months Mrs. RWP has joined the desserts crowd and brought a cherry dump cake several times, a scrumptious delight that contains cherry pie filling, yellow cake mix, crushed pineapple, butter, shredded coconut, and chopped pecans. One struggles to maintain one's girlish figure at events like these.

This month my talented wife decided to make something different involving apple pie filling and angel food cake mix. These were the only ingredients in the new recipe that she found. Not one to settle for merely what a recipe says, she decided to add some California raisins: 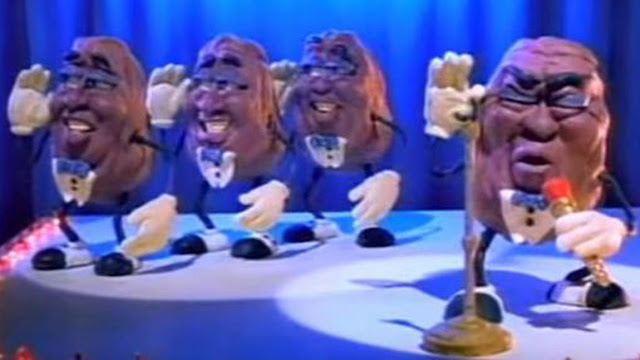 No, not those! She reached into the pantry and pulled out these: 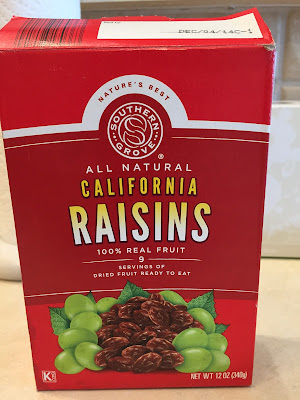 But in the end she decided not to add raisins after all and used pecans instead.

Can you figure out why?

No? Look a little closer: 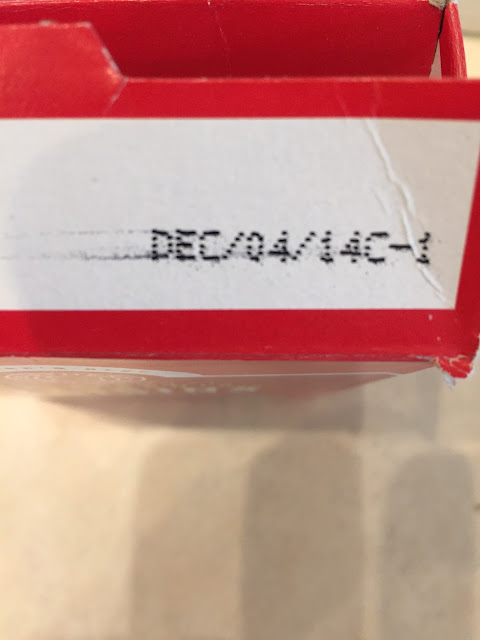 As Shakespeare once said, though, all's well that ends well. 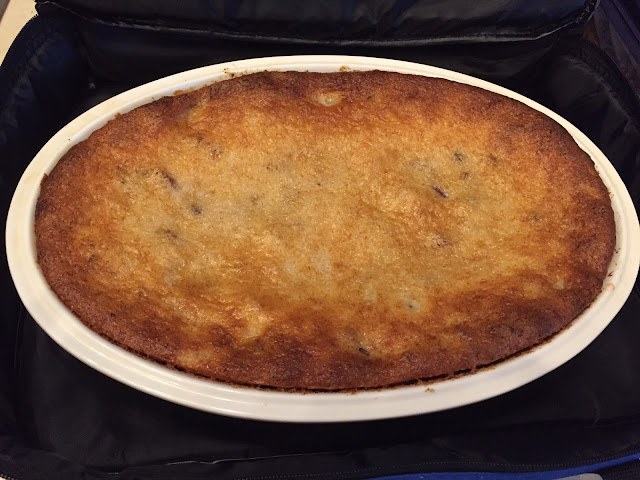 Email ThisBlogThis!Share to TwitterShare to FacebookShare to Pinterest
Labels: raisins

Mamma mia! My mother was an Aryan!

It's true! But it's not what you may be thinking. She was Jewish. How can this be?

I will tell you.

Poking around on the internet can prove very interesting. I found the college yearbook for the year my mother graduated from West Chester (Pa.) State Teachers College. Her photo appeared on page 114 of the 1930 edition of The Serpentine, West Chester's yearbook.

And right there, next to her photo, was this description:

I know for a fact that the list of her activities is incomplete, because among her souvenirs I found a pin from the Mask and Wig Players, the college's drama club.

Seeing Y.W.C.A. (Young Women's Christian Association) is a little surprising considering that she was Jewish, but it probably had something to do with another of her activities, swimming,

I never heard anyone call my mother "Rufus" but apparently her college friends did. I do remember both her brother and her sister calling her "Ruthie Puthie" or "Roothie Poothie" or however it is spelled. No matter. She was "Mama" to me.

PRIMARY indicates that her major at the State Teachers College was primary education. She wanted to teach young children. Clear enough.

That leaves ARYAN, which almost made me drop my teeth.

Really? ARYAN?? As in white supremacists and Nazis and the like?

A little more poking around revealed that there were several literary societies at West Chester, and the one my mother belonged to happened to be called ARYAN. There was another called HERODOTUS, and there were others. These clubs had existed at the college for many years, long before the unfortunate turn of events in the world that gave the word an entirely different meaning. Actually, it originally meant "noble" in the ancient Vedic literature of India. If you want to learn more about Aryans, click here. If not, we stand adjourned until the next regular session. 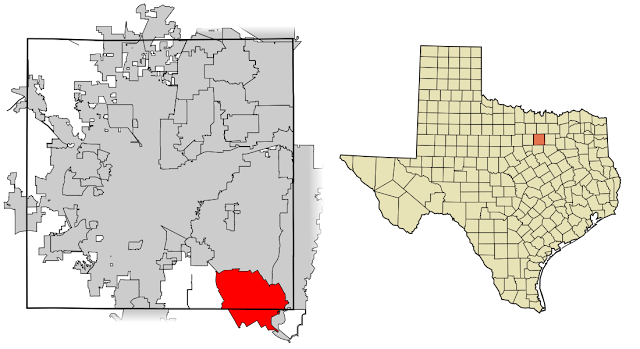 What follows is from the section headed "History" in the Wikipedia article, "Mansfield, Texas."

The first wave of European settlers arrived in the rolling Cross Timbers country of north central Texas in the 1840s. Primarily of Scotch-Irish origins, these pioneer farmers came for the most part from southern states, following the frontier as it shifted west of the Mississippi. They entered an area where Native Americans had been living for thousands of years. The Comanche posed a serious threat to the settlers, and in 1849, the U.S. Army established Fort Worth to protect the farms along the sparsely populated frontier.

The area southeast of the fort (and of the Trinity River) was well protected and presumably fairly well settled by the early 1850s. In one well-documented case, eight related families migrated to the area in 1853 from Illinois. Three of the four Gibson brothers in this group established homesteads about 4 miles (6t km) northwest of present-day Mansfield. This settlement, which became known as the Gibson Community, included a school and a church building by 1860.

When R.S. Man and Julian Feild arrived around 1856 and built a grist mill at the crossroads that was to become the center of Mansfield, the beginnings of the community probably existed in the oak groves bordering Walnut Creek (originally called Cedar Bluff Creek). The Walnut Creek Congregation of the Cumberland Presbyterian Church had organized itself in 1854. Members met in each other's homes, so it is suspected that there was a cluster of houses in the area.

In 1856, Julian Feild purchased 540 acres (2.2 km2) in the Mansfield area. Man and Feild completed their three-story brick grist mill sometime between 1856 and 1859. The mill, which produced flour and meal, was the first built in North Texas to utilize steam power and enjoyed patronage as far south as San Antonio and as far north as Oklahoma. The location of the mill in southeastern Tarrant County perhaps reflects the advanced state of wheat cultivation in the area and the ready availability of wood to feed the mill's steam boilers. Feild opened a general merchandise store at the same time as the mill, located across Broad Street. He built a log house for his family, which also served as an inn for travelers and customers. By 1860, the nucleus of the future city existed. The first post office was established that year, with Julian Feild as postmaster.

During the American Civil War, the Man and Feild Mill supplied meal and flour to the Confederate States Army, hauling it to Shreveport, Louisiana, and Jefferson City, Missouri. As was common practice, the owners tithed ten percent of the mill's production to the Confederacy. The small community around the mill was unique in Tarrant County in that it prospered throughout the Civil War. "Feild's Freighters", assembled in ox-drawn wagon trains, went as far as Fort Sill, Oklahoma, where a part of the Indian Wars raged in the southern plains in the late 1860s and 1870s. The prospering community which had grown up around the Man and Feild mill took on the name of "Mansfeild", a combination of the names of the founders. Repeated misspellings over the years resulted in the acceptance of the conventional spelling of "Mansfield." The town incorporated in 1909, continuing to be a hub for the surrounding farmland.

(end of History of Mansfield section from Wikipedia)

Today, June 6th, is not only the 73rd anniversary of D-Day in 1944 (young readers should google it) but also the 59th anniversary of the marriage of my dad, Clifford Ray ("Ted") Brague, to Mildred Louise Williams Houston, my stepmother, in 1958.

The wedding took place in the little Methodist Church -- note that I did not say United Methodist Church; that entity did not come into being for another ten years when the big Methodist Church, which itself had been a merger of the Methodist Episcopal Church, the Methodist Episcopal Church South, and the Methodist Protestant Church in 1939, merged in 1968 with the much smaller Evangelical United Brethren (EUB) -- in Coppell, Texas, way up in the northwest corner of Dallas County. Back then, Coppell was a village of about 600 people with not even one traffic signal. Now its population is estimated to be more than 41,000 human beings and an unknown but surely formidable number of cats, dogs, and other assorted pets. There are lots of traffic signals. The marriage between my dad and my stepmother lasted three months shy of nine years, when my dad succumbed to pancreatic cancer at the age of 60 in March 1967. My stepmother eventually married again to John Wesley Fuller and lived until 2004, passing away at the age of 89.

On that same day in 1958, June 6th, Claire married Dr. Doug Cassen on As the World Turns, a television soap opera loved by my mother when she was alive and also by my new stepmother. It was probably the only thing they had in common.*

I do not know why I remember such things. I just do. 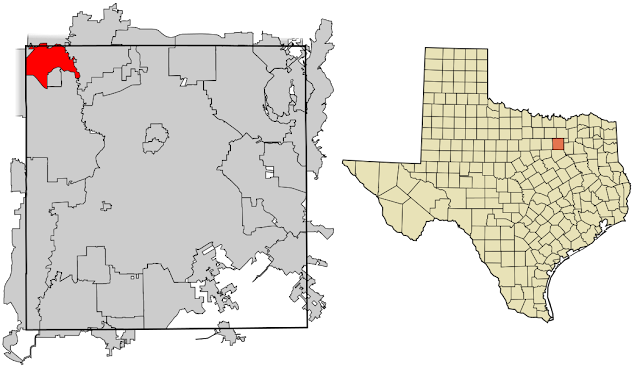 *besides my dad, of course.