(a) the day after the fourth blood moon of 2014-2015;
(b) the day after the astronomical trifecta of the harvest moon, the super-moon (when the moon is at perigee and appears 14% larger than when it is at apogee), and a spectacular total lunar eclipse;
(c) the day after Pope Francis completed his three-day whirlwind tour of the United States -- well, the cities of Washington (where he addressed a joint session of the U.S. Congress), New York (where he addressed the 70th session of the U.N. General Assembly and visited Ground Zero), and Philadelphia (where he celebrated his umpteenth mass since arriving);
(d) five days after the autumnal equinox in the northern hemisphere, which is the vernal equinox in the southern hemisphere;
(e) five days after Yom Kippur, the Day of Atonement in year 5776 of the Hebrew calendar; and
(f) two days after the death of my 84-year-old brother-in-law, now free from pain and the ravaging effects of Parkinson’s disease, whose funeral we will be attending later this week.

It has been a busy week.

Today is also the eighth anniversary of the day this blog began.

Happy anniversary to me.

Two, Two, Two Posts In One, or One Of These Things Is Not Like The Others Department / There's Something About Adjectives

My answer is Tatooine because it is a noun and all the rest are adjectives. Perhaps you have another answer for another reason. I’d like to hear it.

Even more words end in -ine -- elephantine, byzantine, morphine, nicotine -- but not all of them are adjectives.

Funny things, adjectives. They have different endings. Let me count the ways (my apologies to Elizabeth Barrett Browning):

So there are at least a dozen. Maybe even more.

But I do wonder why adjective endings developed the way they did. [Editor’s note. It probably has something to do with declensions in Latin. --RWP] Why do we say “a prepositional phrase”and not “a prepositionic phrase? Why do we say “gargantuan”? Why not “gargantuous”? And why did the Sherman brothers write “Supercalifragilisticexpialidocious” for the Mary Poppins movie instead of, say, “Supercalifragilociousexpialidistic”?

Adjectives are indeed funny -- not “funny Ha ha” but “funny peculiar” -- and don’t even get me started on the differences in British punctuation and American punctuation.

Email ThisBlogThis!Share to TwitterShare to FacebookShare to Pinterest
Labels: adjectives

The first Frost of the season

I shall be telling this with a sigh
Somewhere ages and ages hence:
Two roads diverged in a wood, and I--
I took the one less traveled by,
And that has made all the difference.
(from “The Road Not Taken”)

One could do worse than be a swinger of birches. (from “Birches”)


Don’t like excerpts? Here are three in their entirety:

The land was ours before we were the land’s.
She was our land more than a hundred years
Before we were her people. She was ours
In Massachusetts, in Virginia,
But we were England’s, still colonials,
Possessing what we still were unpossessed by,
Possessed by what we now no more possessed.
Something we were withholding made us weak
Until we found out that it was ourselves
We were withholding from our land of living,
And forthwith found salvation in surrender.
Such as we were we gave ourselves outright
(The deed of gift was many deeds of war)
To the land vaguely realizing westward,
But still unstoried, artless, unenhanced,
Such as she was, such as she would become.


Neither Out Far Nor In Deep

The people along the sand
All turn and look one way.
They turn their back on the land.
They look at the sea all day.

As long as it takes to pass
A ship keeps raising its hull;
The wetter ground like glass
Reflects a standing gull.

The land may vary more;
But wherever the truth may be--
The water comes ashore,
And the people look at the sea.


Nothing Gold Can Stay

Nature’s first green is gold,
Her hardest hue to hold.
Her early leaf’s a flower;
But only so an hour.
Then leaf subsides to leaf,
So Eden sank to grief,
So dawn goes down to day
Nothing gold can stay.

Cue the Woodpecker, or I am a camera

Speaking of Walter Winchell, the mid-twentieth-century American broadcaster/newsman always began his radio programs by saying, “Good evening, Mr. and Mrs. America, and all the ships at sea” with the sound of a telegraph in the background.

After beginning this blogpost with a reference to the previous one, I now continue it by saying, “Damen und Herren, Mesdames et Messieurs, Señoras y Señores, Ladies and Gentlemen and children of all ages, please direct your attention to the center ring this blogpost has absolutely nothing to do with Walter Winchell, ships at sea, or telegraphs.”

No, friends, the subject of this blogpost is still lifes.

I know, I need to work on my segues.

According to the well-known but admittedly non-authoritative online encyclopedia Wikipedia, “A still life (plural still lifes) is a work of art depicting mostly inanimate subject matter, typically commonplace objects which may be either natural (food, flowers, dead animals, plants, rocks, or shells) or man-made (drinking glasses, books, vases, jewelry, coins, pipes, and so on).”

There are an amazing number of paintings entitled “Still Life with...” and the subjects are many and varied. Some of the ones I found online are:

Not to be outdone, here are three still life photographs I took in our home: 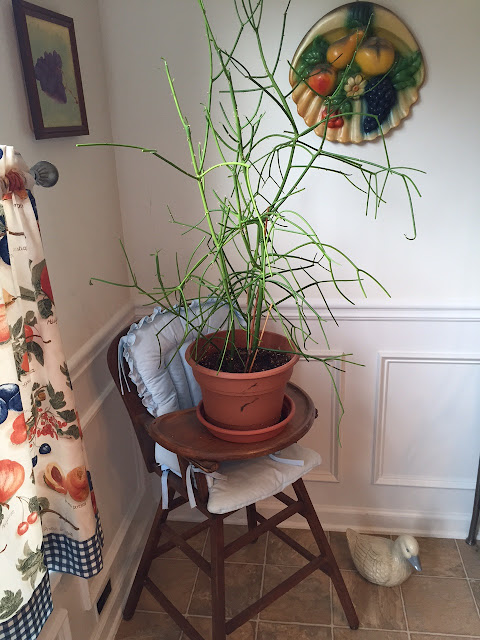 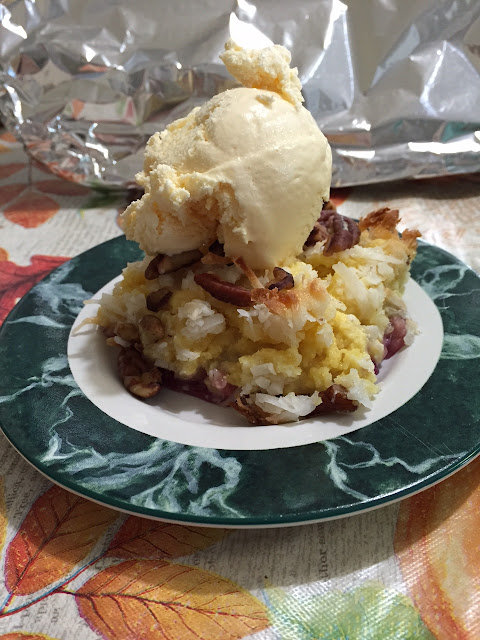 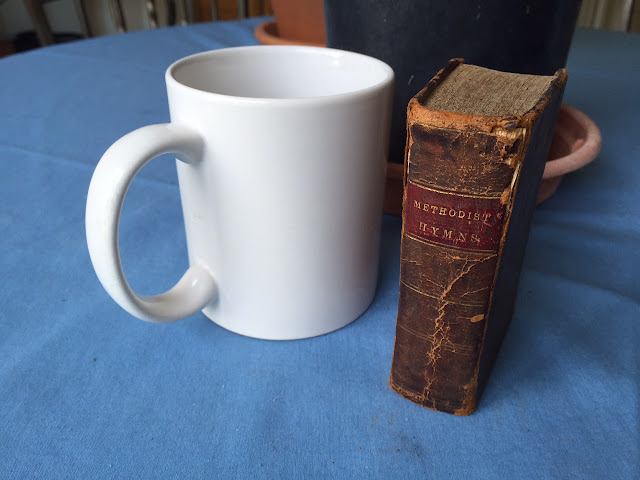 The Methodist Hymnal above was given to me by Mrs. Joan M., who found it among her mother’s belongings after her mother died. It is quite small and contains lyrics only, no musical notes. The oldest item in my home, its title page shows a publication date of 1845: 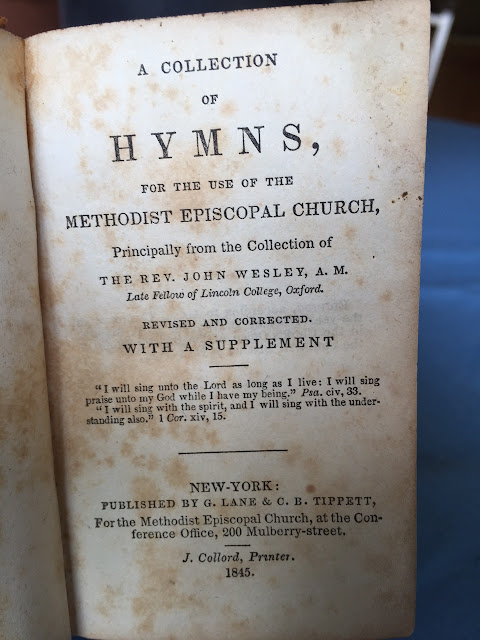 In composing this post and sharing some of our still lifes with you, I felt my heart strangely warmed.

[Editor’s note. The last sentence is an allusion to John Wesley, the founder of Methodism. It’s okay if you didn’t get it. --RWP] 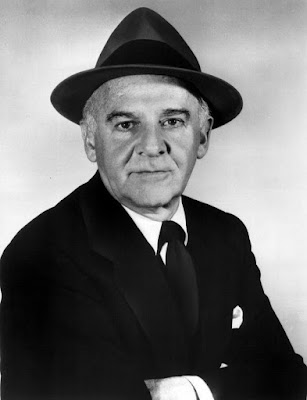 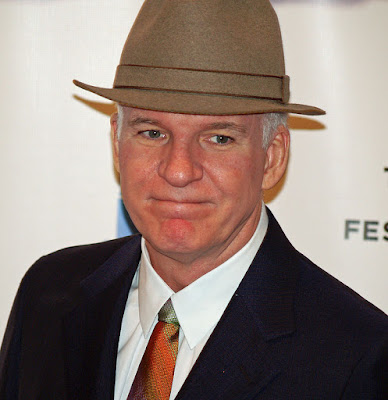 Read more about them here and here.