...I sat here and stared at the broad expanse of empty space that Blogger kindly provided. And stared. And stared some more. Suddenly I thought of a poem I wrote a while back.

The page is blank, like my life.
All sorts of subjects flit through my mind
On the way to somewhere else
But not one settles down, makes itself
Comfortable, takes root, or starts to grow
Upward toward the light that arches
High above, beckoning all things to
Itself, not a single one.

The page is empty, like my brain.
I want to write a poem
But nothing comes to mind,
Only a formless maelstrom,
Swirling like one of the
Hundred million galaxies
Out there in the cosmos,
Moving toward the light.

Change the word poem in the title and the tenth line to blogpost and you begin to grasp my level of frustration.

Writing a blogpost and writing a poem are not at all alike. One (if the one is me) can research a particular topic for a blogpost, or one (again, if the one is me) can stumble upon an interesting subject unexpectedly, and a blogpost is often the happy result. A poem, on the other hand, often begins composing itself somewhere deep in my subconscious, slowly emerges into the part of my brain that is awake, and eventually makes its way to my fingertips and onto the page. But not always. Sometimes a poem springs full-grown like Athena from the forehead of Zeus; sometimes it creeps out, word by painfully thought-out word.

I may be exaggerating, but only a little.

That being said, take a look at this: 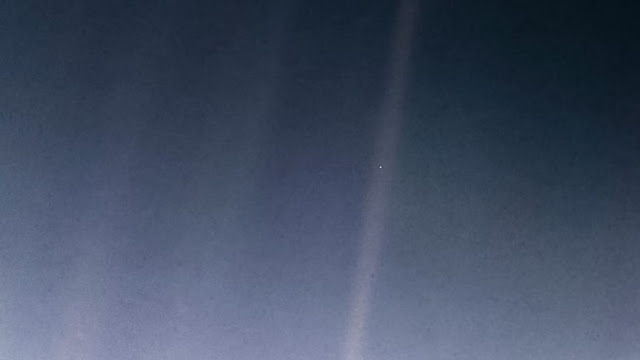 The original, darker, unenhanced photo, along with some words penned by astronomer Carl Sagan in 1994 that you really ought to read, can be found right here.

Voyager 1 was launched from Cape Canaveral on September 5, 1977. The "pale blue dot" photograph was taken on February 13, 1990, nearly 13 years later. Voyager 1's journey continues today, more than 30 years after it was launched. It is the man-made object most distant from earth, currently more than 13.8 billion (e9) miles, or 148.5 AU (astronomical units) away from us according to the Jet Propulsion Laboratory in Pasadena, California.

(Note. According to what I found, an astronomical unit (AU) is a unit of length, roughly the distance from Earth to the Sun and equal to about 150 million kilometres (93 million miles). However, that distance varies as Earth orbits the Sun, from a maximum (aphelion) to a minimum (perihelion) and back again once a year. Originally conceived as the average of Earth's aphelion and perihelion, since 2012 it has been defined as exactly 149,597,870,700 metres.)

Any way you look at it, that's a long way, baby.

Suddenly the broad expanse of space provided to me by Blogger doesn't seem so daunting. 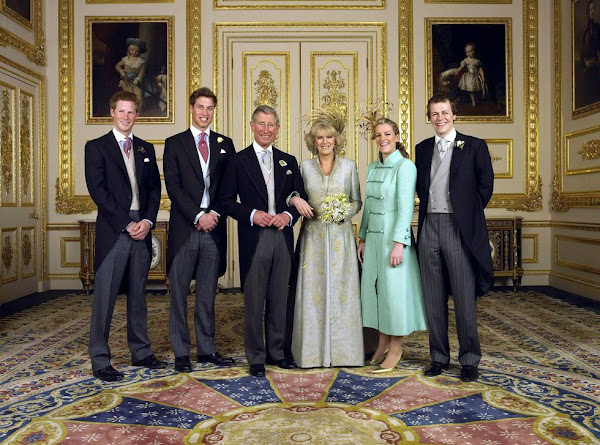