I vote for...(hold that thought)


It’s that time of year again. You know, the time of year when people make lists about the year because it is drawing to a close.

Last week, Barbara Walters made a list of “The Ten Most Fascinating People of 2009” according to her and then -- how convenient -- produced and hosted an hour-long ABC-TV special about them, interviewing each one in turn. Here are her choices:

and the most fascinating person of 2009 according to Barbara Walters:

Actually, that’s 12. She said she didn”t choose Michael Jackson himself because he is dead and only living people can qualify for her list, which only goes to prove her version of the Golden Rule. You know, them what has the gold makes the rules. I have not linked to any of these people. If you want to know more about them, you can go look them up all by yourself.

I disagree with her choices, by the way. Barbara can’t help it, really. Being both bi-coastal and a member of the main-stream-media elite in this country, she is somewhat limited and provincial in her outlook by the circles in which she, er, circulates.

The person I think is the most fascinating person of 2009 didn’t even make it into Barbara’s top ten. Boy, is she out of touch.

Yesterday, Time magazine named its “Person of the Year” for 2009 and once again my choice was passed over. Time in its wisdom picked Ben Bernanke, the man who succeeded Alan Greenspan as Chairman of the Federal Reserve.

Today, People magazine did include my choice as one of their “25 most intriguing people of 2009.” It’s about time.

Here’s my choice. I think she’s far more fascinating and intriguing than Ben Bernanke or Lady Gaga or Michelle Obama. 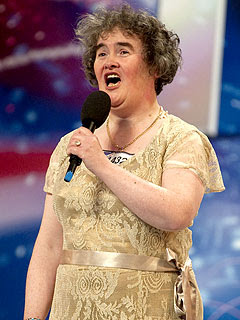 If you don't recognize her, you must have just arrived from another planet.