Carry me back to Plano, Texas

No, wait, that was Old Virginny.

Speaking of old, my stepbrother and his wife drove into town from Texas one day last week. It was the first time we have seen each other in eight years. They had decided to take an autumn vacation and drive around the southeastern U.S. for a few weeks and we were their first stop. Well, their second, really, because they spent their first night in Meridian, Mississippi.


On Friday, as much of the family as we could get together on short notice went out for dinner at a very nice restaurant in Kennesaw.

On Saturday, we went up to Big Canoe in the mountains to spend some time with my oldest son’s family. We went to a place called Burt’s Pumpkin Patch in Dawsonville where people were pushing around wheelbarrows full of pumpkins and gourds and Indian corn and butternut squash and acorn squash and lots of other things. We also went to Amicalola Falls, the highest waterfall in Georgia at 729 feet (222 m). We had planned a picnic and a trip to some apple orchards in Ellijay as well, but Mother Nature decided to give our area some much-needed rain, so we cut short the gadding about and returned to Big Canoe for the afternoon.

On Sunday, our visitors departed for their next stop, Myrtle Beach, South Carolina. They also plan to visit North Carolina’s Outer Banks and Virginia’s Shenandoah National Park/Skyline Drive and the Blue Ridge Parkway before heading across Kentucky and Tennessee back to good old Big D.

Here is part of Amicalola Falls: 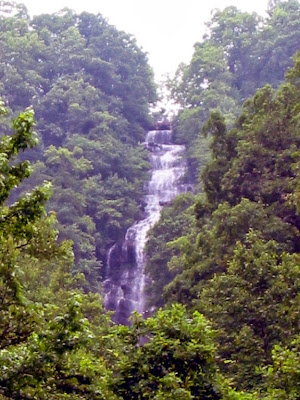 and here is part of Burt’s Pumpkin Patch: 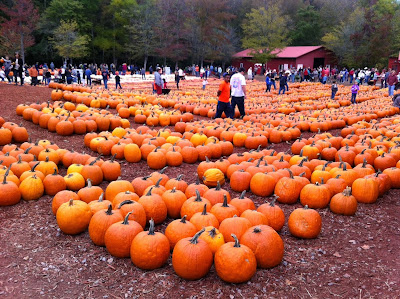 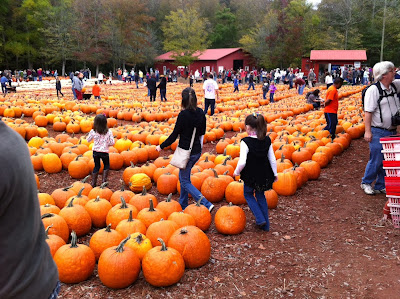 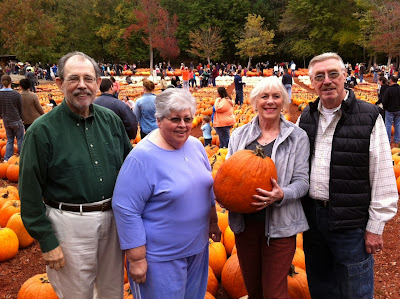 I hope it is not another eight years until we see them again.

Until then, we’ll just have to be satisfied with singing “Big D, Little a, Double L, A, S” along with Carol Burnett and Julie Andrews at Carnegie Hall (5:45)

Posted by rhymeswithplague at 12:07 PM

rhymeswithplague
Cherokee County, Georgia, United States
has lived on earth for 79 years and has been married for 56 of those years to Ellie, his wife. They have two sons, one daughter, the appropriate assortment of in-laws, and six absolutely magnificent grandchildren. He enjoys reading, playing the piano, driving in the country, sitting by the ocean, watching birds fly, gazing into a roaring fire, holding his wife's hand, and spending time with his grandchildren. He doesn't fancy doing yard work, walking a dog who definitely is not in the mood, or cleaning up after one who is (RIP Jethro, 2004-2013).