Question of the day

Now that the rules for succeeding to the British throne have been changed to let birth order take precedence over gender (that is, girls will now precede their younger brothers instead of being pushed to the back of the pack), I am dying to know one thing that wasn’t mentioned in any of the news stories:

Is the decision retroactive? What I mean is, does it affect the living, or only the future-born?

Specifically, what I’m getting at is this. If something horrible should happen to Prince Charles, Prince William, and Prince Harry (I mean besides being related to the Duchess of Cornwall), will the next monarch be Prince Andrew or Princess Anne? Has the Princess Royal, Anne Elizabeth Alice Louise Windsor-Mountbatten Phillips Laurence, vaulted from tenth in line to fourth? If so, would that mean her children, Peter Phillips and Zara Phillips, have also leapfrogged ahead of not only Andrew but also the Princesses Eugenie and Beatrice? Or was all this trouble gone to for the sole benefit of the offspring, if and when there are any, of the Duke and Duchess of Cambridge, the recently wed William and Kate? Most importantly, should Prince Edward, the Earl of Wessex, produce a documentary film about it? And if he does, would anyone except his wife, the former Sophie Rhys-Jones, care?

I am undoubtedly one of millions hundreds probably around a dozen people on this planet who will not be able to sleep until these questions are answered.

Daphne, Elizabeth, Ian, other Ian, Y.P. et al, I’m counting on you to clear up the mystery. 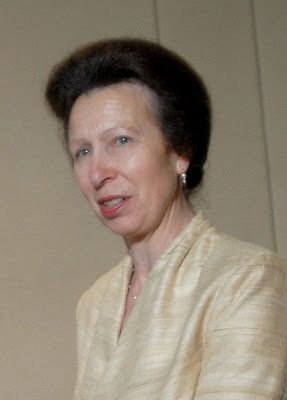 (Photo by Agência Brasil and used under the Creative Commons License Attribution 2.5 Brazil)


Posted by rhymeswithplague at 7:00 AM