It snowed in north Georgia last evening, the first snow of this winter, beginning around 8 pm. It was still going strong when we retired around 11:30 for the night. This morning, I looked out the glass door that separates our kitchen from our patio and this is what I saw: 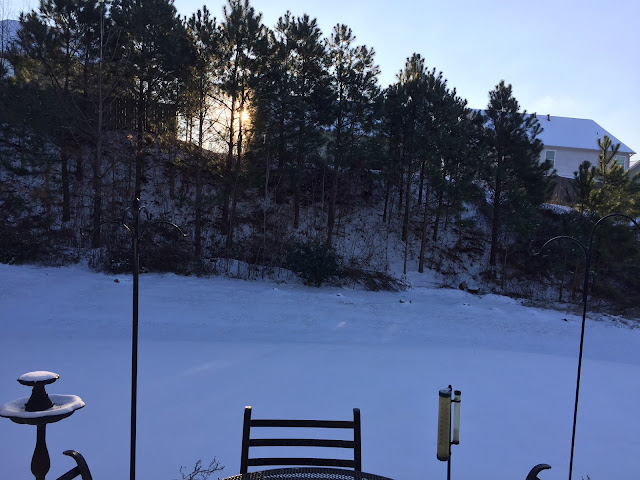 Seeing the blanket of white on the ground and the evergreen trees on the hill and the way the sun was peeping around the edge of the house behind us, reflecting off our birdbath while the rest of the back yard remained in shadow, made me think -- I don't know why -- of this poem by Thomas Hood:

I remember, I remember,
The house where I was born,
The little window where the sun
Came peeping in at morn;
He never came a wink too soon,
Nor brought too long a day,
But now, I often wish the night
Had borne my breath away!

I remember, I remember,
The roses, red and white,
The vi'lets, and the lily-cups,
Those flowers made of light!
The lilacs where the robin built,
And where my brother set
The laburnum on his birthday,—
The tree is living yet!

I remember, I remember,
Where I was used to swing,
And thought the air must rush as fresh
To swallows on the wing;
My spirit flew in feathers then,
That is so heavy now,
And summer pools could hardly cool
The fever on my brow!

I remember, I remember,
The fir trees dark and high;
I used to think their slender tops
Were close against the sky:
It was a childish ignorance,
But now 'tis little joy
To know I'm farther off from heav'n
Than when I was a boy.

This is certainly not the house where I was born. I didn't have a brother. Maybe it was the line about the little window where the sun came peeping in at morn, which it does at certain times of the year here but not at others in that window of sky between the two houses. Maybe it was the fir trees dark and high (though ours are pines) with their slender tops close against the sky. I don't know. But for whatever reason, my day began in a decidedly literary fashion.

No telling what I will post when I see the first daffodil. It may make you want to wander lonely as a cloud but it will probably make me think of Puyallap, Washington, where between the years 2012 and 2016 not only have the daffodils faded but Mount Rainier seems to have disappeared as well. 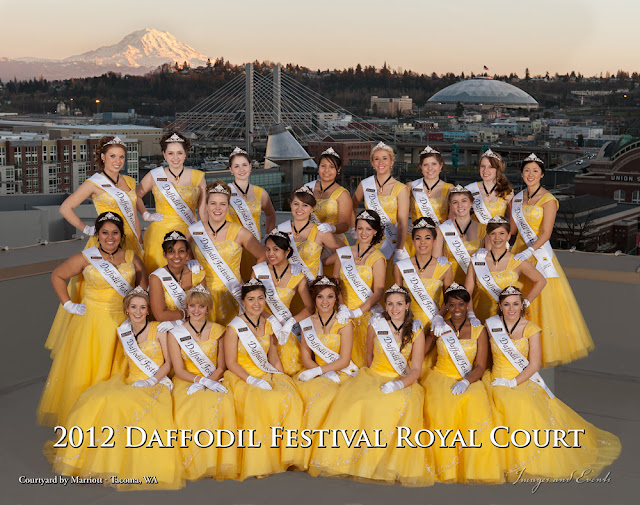 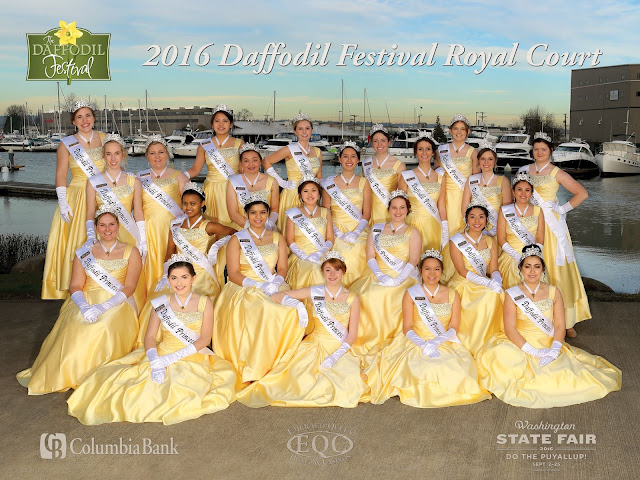 <b>God’s in his Heaven; all’s right with the world</b>

It's still only May but summer is arriving early as we speak. The weather this week has been magnificent with clear blue skies, occasi...

rhymeswithplague
I have lived on earth for 81 years and have been married to Mrs. RWP for nearly 59 of them. We have three magnificent children (two adult sons, one adult daughter), two daughters-in-law, one son-in-law, and six amazing grandchildren who are now all adults too. I enjoy reading, playing the piano, driving in the country, sitting by the ocean, watching birds fly, gazing into a roaring fire, holding my wife's hand, and spending time with my family. I do not enjoy doing yard work, walking a dog who definitely is not in the mood, or cleaning up after one who is.