I thought of a fifth adjective

...to go with terrifying, horrifying, shocking, and devastating (my personal list of turn-off “click bait” in internet headlines).

Moving right along, Mrs. RWP received a mystery bouquet this week. It wasn't from me. Here are sides A, B, and C: 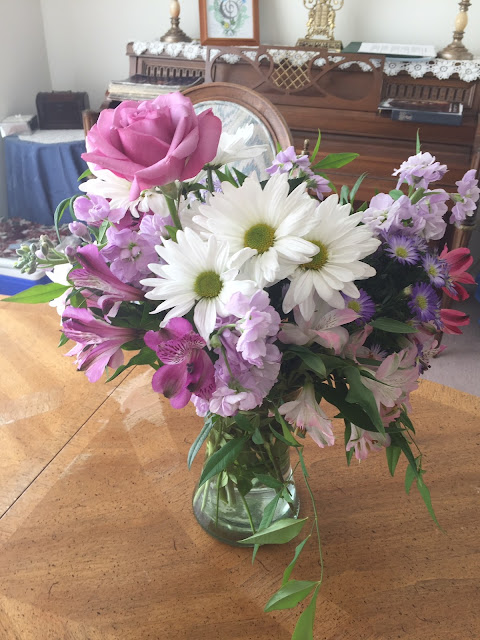 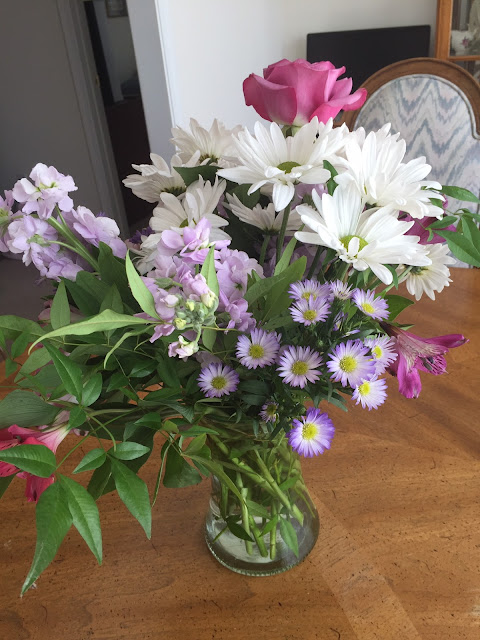 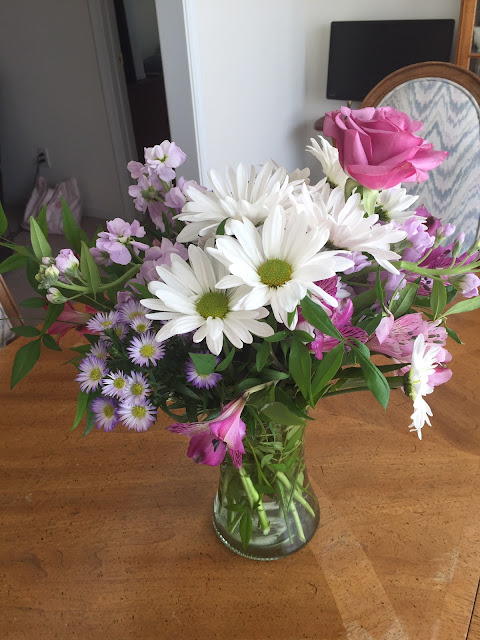 So now you know that in addition to every argument having two sides, every bouquet has three. That's not really true. I just wanted you to see the flowers from different angles to get the full effect.

The bouquet contained some wonderfully fragrant lavender flowers that I didn't recognize, so I called the florist's shop to find out what they were. "Stock," the woman who answered the phone said, after checking with the floral designer. I had never heard of stock before, but I have led a sheltered life.

I suppose that statement alone makes this post truly shocking!

It turned out that the vase of beautiful flowers was sent by our son-in-law in Alabama, just because he was thinking about Mrs. RWP. His timing could not have been more perfect to lift her spirits. The bouquet arrived the day before the anniversary of the burial of our niece, Mrs. RWP's brother's daughter, who died suddenly of heart failure last year at 53 in North Carolina. Our Alabama son-in-law had no way of knowing that, so it made his thoughtfulness extra special.

Here is a photo of our daughter and her husband at last Saturday's football game at their alma mater, Jacksonville State University, where this year both of their sons play in the marching band show at half-time. 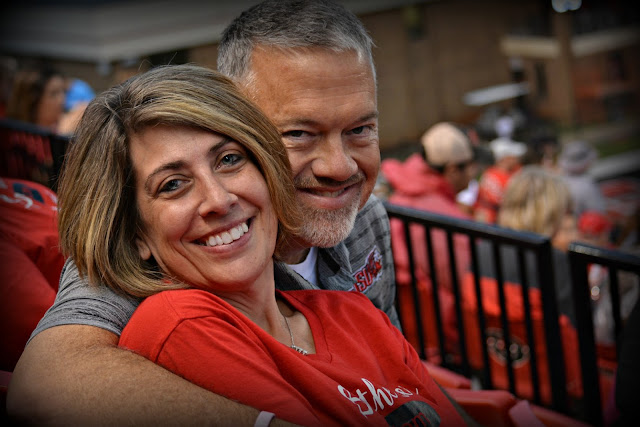 After 26 years of marriage, our daughter and son-in-law are still apparently very happy. If they are not, they are hiding it very well.

My daughter looks so much like my mother that it is almost scary. It is not terrifying, horrifying, shocking, devastating, or heartbreaking, but it is definitely scary.

Until next time, I remain
Yr faithful correspondent,
rhymeswithplague

P.S. -- Because it rained last Saturday, the band marched without their plumed hats. My two grandsons are plainly visible in the two photos below, one in each photo. 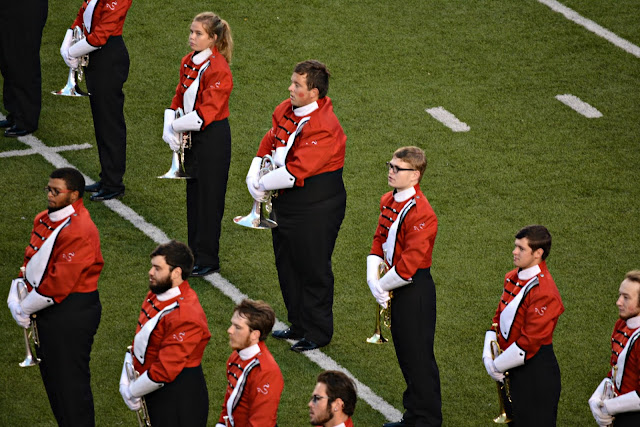 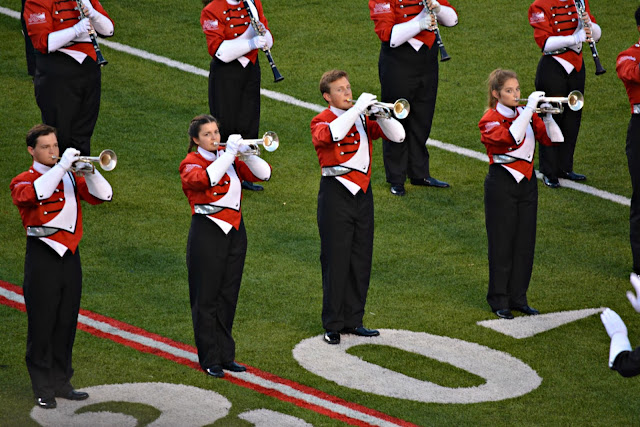 Posted by rhymeswithplague at 10:05 AM